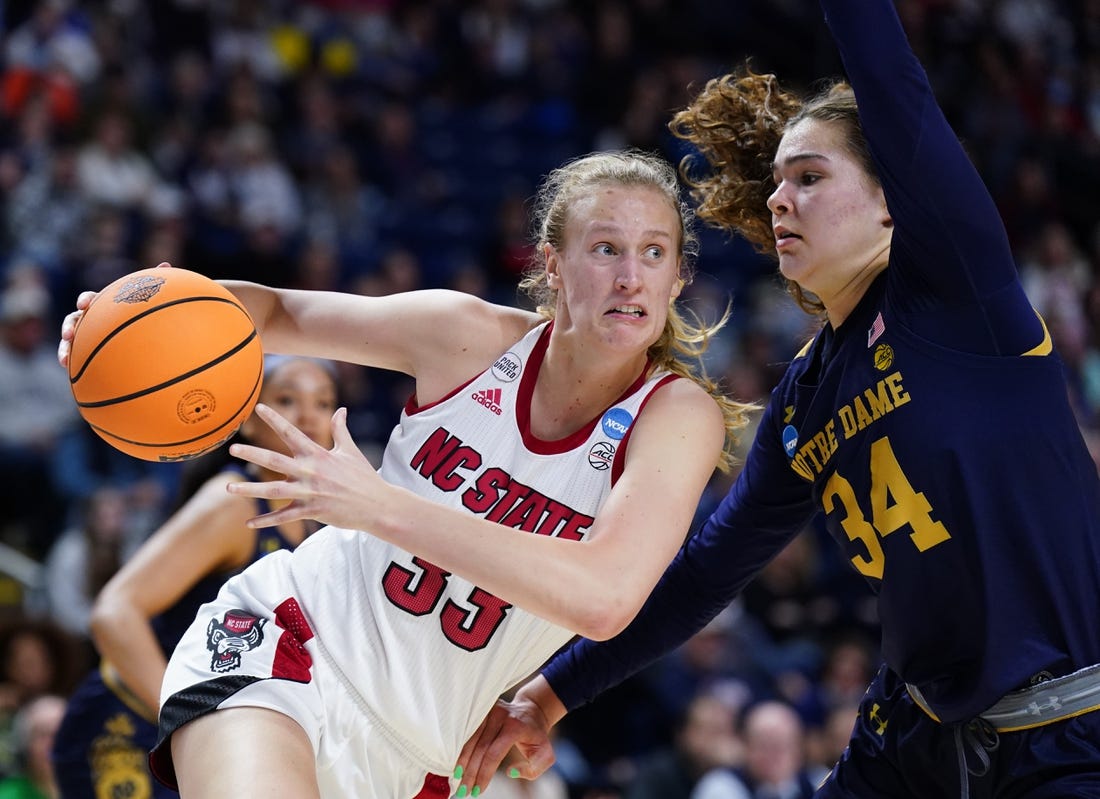 Raina Perez came up with a steal and layup with 16 seconds left for the go-ahead basket, lifting top-seeded North Carolina State to a 66-63 win over fifth-seed Notre Dame on Saturday in the Bridgeport Region of the women’s NCAA Tournament.

With Notre Dame leading 63-62, Perez swiped the ball from Notre Dame point guard Dara Mabrey at midcourt and cruised in for the basket.

The Fighting Irish still had a chance to pull ahead, but Maddy Westbeld missed a 3-point attempt with 8 seconds left. Perez was fouled and made both free throws to cap the scoring.

The Wolfpack (32-3) rallied from being down by as many as 10 points in the second half to advance to Monday’s Elite Eight. They will face second-seeded UConn (28-5), which posted a 75-58 victory over third-seeded Indiana on Saturday.

Miles scored 15 points in the first half, helping Notre Dame jump to a 38-30 lead at intermission.

Down 16-12 at the end of the first frame, Notre Dame made 10 of 13 of its shot attempts in the second quarter. The Fighting Irish finished the half shooting 55.6 percent from the field and 45.5 percent from 3-point range.

Miles scored five points during a 7-0 run in the second quarter with a driving layup and 3-pointer that extended Notre Dame’s lead to 36-26.

North Carolina State cut Notre Dame’s lead to 36-30 on a fast-break layup from Cunane, but Westbeld answered with a layup for the Fighting Irish with 48 seconds left in the half.