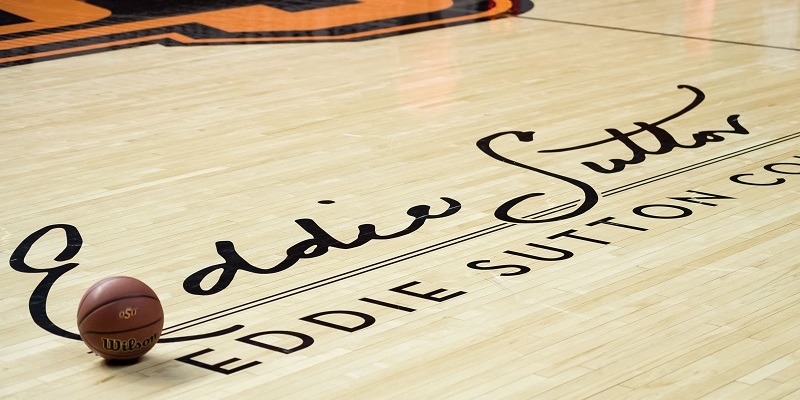 The NCAA handed a one-year postseason ban to the Oklahoma State men’s basketball program Friday over a former coach’s role in a far-reaching bribery scandal.

The program was also placed on three years of probation and docked three scholarships from 2020-21 through 2022-23.

Former Cowboys associate head coach and recruiting coordinator Lamont Evans violated NCAA rules on ethical conduct by accepting between $18,150 and $22,000 in bribes to steer players to certain financial advisors and agents, the NCAA Division I Committee on Infractions said.

“The conduct at issue in this case was related to a broader scheme that involved money and influence at the intersection of college and professional basketball,” the committee said when delivering its decision. “The scheme resulted in the arrest and prosecution of multiple individuals — including college basketball coaches — on conspiracy and bribery charges, and it led to significant NCAA reforms.”

Oklahoma State fired Evans following his September 2017 arrest on federal charges. He pleaded guilty to bribery conspiracy in January 2019 and was sentenced to three months in jail in June 2019.

The NCAA on Friday also issued a 10-year show cause order for Evans, meaning any NCAA school employing him must restrict him from athletic duties unless it can show cause why the restrictions don’t apply.

“Coaches are entrusted to look after the well-being and best interests of their student-athletes, including during the critical time when student-athletes are making decisions regarding their professional careers,” the NCAA committee said. “As the associate head coach admitted in his sentencing hearing, he abused this trust for his own personal gain. He sold access to student-athletes and used his position as a coach and mentor to steer them toward a career decision — retaining the financial advisors’ services — that would financially benefit him. In short, he put his interests ahead of theirs.”

Oklahoma State is the first program to receive NCAA sanctions related to the federal bribery and corruption investigation.

Kansas, Louisville, NC State, South Carolina, TCU and USC previously announced they had received NCAA notices of allegations. Auburn and Creighton have not confirmed whether they received notices. Sources told ESPN that Arizona and LSU are also being investigated.