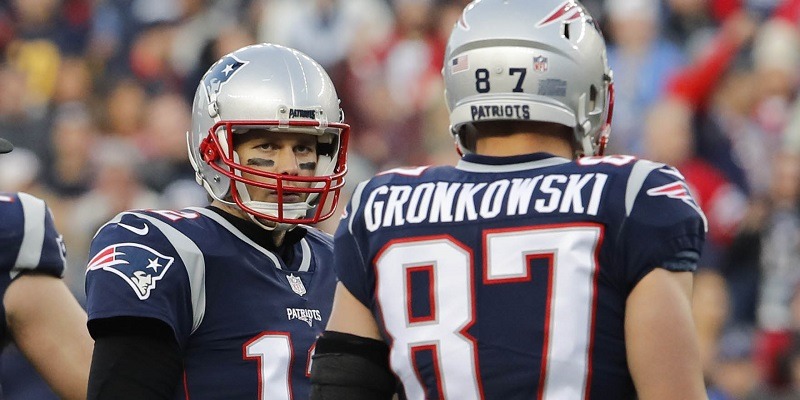 The Buccaneers will reportedly send a fourth-round pick to the Patriots, who will send back a seventh-rounder with Gronkowski, who must pass a physical to complete the deal.

NFL Network reported Gronkowski, who turns 31 in May, has been putting on weight for a return to football, after spending the 2019 season retired.

Gronkowski, had one year and $10 million remaining on his contract when he retired, so the Patriots still held his rights. He has been performing in the WWE recently, including winning the 24/7 title at Wrestlemania 36 earlier this month.

Gronkowski suggested n a video with Andy Cohen published Monday that there was a possibility of him teaming up in Tampa Bay with Brady, who signed with the Bucs as a free agent in March.


A five-time Pro Bowler and four-time first-team All-Pro, Gronkowski totaled 521 receptions for 7,861 yards and 79 touchdowns across nine seasons for the Patriots from 2010-18. He had 47 catches for 682 yards and three scores in 13 games in 2018, battling a few nagging injuries.

The Buccaneers already have tight ends Cameron Brate and former first-round pick O.J. Howard on their roster, but Howard is reportedly available via trade.

Gronkowski said in September 2018 he weighed retirement months earlier when the Detroit Lions and Patriots discussed a trade that would have shipped the tight end out of New England.