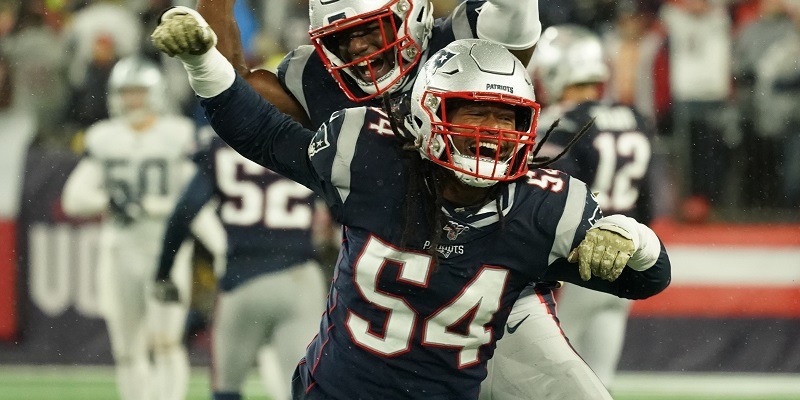 New England Patriots linebacker Dont’a Hightower, safety Patrick Chung and running back Brandon Bolden are joining the list of players opting out of the 2020 season due to the coronavirus, multiple outlets reported Tuesday.

The NFL Players Association announced Tuesday that 21 players had tested positive for COVID-19 since reporting for training camps began last week, bringing the total of positive tests this offseason to 107. The number is expected to climb this week, with most players reporting to teams on Tuesday and set to take multiple tests over the next few days before participating in any activities.

“Me and my fiancee are just more concerned with the health of our family than football — especially the new addition to our family,” Hightower, who has a newborn son, told Rapoport.

Chung, who turns 33 in August and whose wife is expecting a baby, reportedly considered retirement this offseason before signing a two-year extension through 2023 in May. An 11-year veteran, he has spent 10 seasons with the Patriots (2009-12, 2014-19), winning three Super Bowls while playing 141 games for the club.

Hightower, Chung and Bolden bring the Patriots’ total of players opting out to at least six, along with offensive tackle Marcus Cannon, fullback Danny Vitale and offensive lineman Najee Toran.

The window to opt out will be one week long, but it hasn’t officially opened yet, as language in a CBA side letter is still being finalized. Once that letter is final, the one-week period will begin.

NFL Network reports that “dozens” of players have already informed teams they are opting out.

Players considered high risk for COVID-19 can earn a $350,000 stipend and an accrued NFL season if they decide to opt out. Players without risk can receive $150,000, according to the agreement approved last week by the league and the NFL Players Association, although the voluntary opt-out stipend is solely an advance toward future salary. The stipend is not available to undrafted rookies.

Goldman and Pierce are both reportedly high-risk opt outs.

Pierce, 27, joined the Vikings on a three-year, $27 million contract in March after four years with the Ravens, with whom he totaled 151 tackles (13 for loss) and 3.5 sacks.

Warford, 29, is a three-time Pro Bowler who was released in May. It’s unclear how his status as a free agent will affect his opt-out, as to whether or not he will receive a stipend, or whether he could change his mind after the deadline.

Goodwin, 29, joined the Eagles via trade this offseason. He and his wife have a daughter who was born in February after multiple miscarriages, and Goodwin said he is “choosing my family first.”