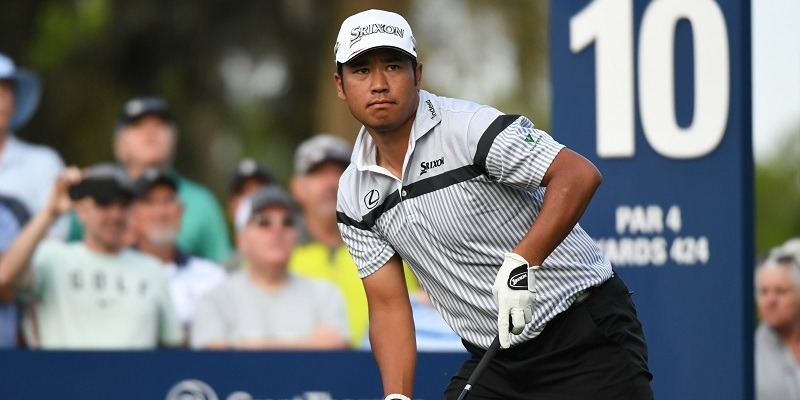 The PGA Tour, after receiving criticism from its own players while continuing competition after other U.S. sports organizations shut down in response to the coronavirus pandemic, finally changed its stance Thursday evening.

The tour announced that it was canceling the rest of The Players Championship plus the following three events. The first round of The Players was held earlier Thursday in Ponte Vedra Beach, Fla., and following rounds were initially planned to be held without fans in attendance.

The shutdown, which also includes the Korn Ferry and Champions tours, is scheduled to end in time for the Masters, April 9-12 in Augusta, Ga.

The tour said in a statement, “We have pledged from the start to be responsible, thoughtful and transparent with our decision process.

“We did everything possible to create a safe environment for our players in order to continue the event throughout the weekend, and we were endeavoring to give our fans a much-needed respite from the current climate. But at this point — and as the situation continues to rapidly change — the right thing to do for our players and our fans is to pause.”

Hideki Matsuyama had shot a course-record-tying, 9-under-par 63 at TPC Sawgrass to build a two-shot lead at The Players, but that round will now just be a footnote in the ongoing tale of the coronavirus’ impact.

Earlier Thursday, world No. 1 Rory McIlroy had urged the Masters to be played without spectators and said that if any player or caddie on the PGA Tour tested positive for coronavirus, then “we need to shut it down.”

Meanwhile, other golfers took shots at the PGA Tour for continuing to play.

McIlroy said, “It’s a scary time, and I think the PGA Tour have taken a step in the right direction and I think we just have to take it day by day. … For us to keep playing on the PGA Tour, all the tour players and people who are involved need to get tested and make sure no one’s got it.

“Because everyone knows you can have it and not have symptoms and pass it on to someone who’s more susceptible to getting very ill from it.”

A few of McIlroy’s peers were not as charitable toward the tour. Three-time tour winner Lucas Glover tweeted: “Rest of sports and media: why don’t they drug test on the @PGATOUR

Tour: okay, we better start doing that too.

Rest of sports and media: think we better stop and stay away from crowds.

Rest of sports and media: why don’t they drug test on the @PGATOUR

Tour: okay, we better start doing that too.

Rest of sports and media: think we better stop and stay away from crowds.

C.T. Pan of Taiwan left the course before play Thursday, withdrawing from The Players Championship, and he tweeted out sad emojis in reply to the PGA Tour’s response. He later tweeted before deleting: “I’m probably the only one who is not playing, same number as the hand sanitizers in the clubhouse, locker and dining.”

Pan added, “I chose to withdraw from The Players Championship because my wife and I want to protect ourselves from the risk of exposure to the coronavirus. We are fine and our families are fine. Our lifestyle is like a circus, traveling from one place to another. We believe this is a time to exercise caution by not playing this week.”

McIlroy said he plans to get tested next week while he’s home in Florida.

Further, McIlroy added about the Masters, “I don’t see how they can let spectators in if they plan to play at this point.”

Augusta National has said only that the tourney will be played as scheduled.

The PGA Tour had announced earlier Thursday that the Corales Puntacana Resort & Club Championship, scheduled for March 26-29 in the Dominican Republic, had been postponed. No makeup date was announced.

The hiatus will affect one event on the PGA Tour Champions circuit, the Rapiscan Systems Classic, slated for March 27-29 in Biloxi, Miss.