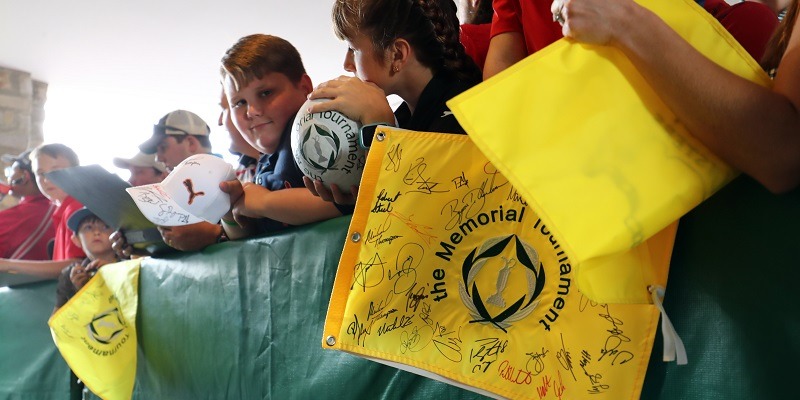 The PGA Tour’s three playoff events will be played without spectators, closing the door on opportunities for fans to attend Tour events the rest of the season.

The Northern Trust, BMW Championship and season-ending Tour Championship, where the FedEx Cup will be awarded, announced Monday that no fans will be allowed as the nation continues to grapple with the coronavirus pandemic.

The Wyndham Championship, which concludes the regular season, also will not have fans on site when it is played Aug. 13-16 in Greensboro, N.C.

The remaining five events on the season calendar also will not have fans.

“As we have said from the start, our No. 1 priority remains the health and safety of everyone in the communities where we are invited guests each week,” said Andy Pazder, PGA Tour chief tournaments and competitions officer in a statement.

The PGA Tour halted play in March amid the coronavirus pandemic. Tournament play restarted in June at the Charles Schwab Challenge in Fort Worth, Texas, without fans, and spectators were prohibited at subsequent tournaments.

The Memorial, which tees off Thursday in Dublin, Ohio, was set to welcome spectators, but organizers changed course last week.

The FedEx Cup Playoffs begin Aug. 20 with The Northern Trust at TPC Boston and conclude with the Tour Championship Sept. 4-7 at East Lake near Atlanta.

“We would like to thank the State of Massachusetts and PGA Tour headquarters for their guidance and support as we arrived at what was the best decision for all involved in The Northern Trust,” tournament executive director Julie Tyson said in a statement. “Although these decisions are never easy, we are thrilled we are still able to host this event in Boston and to televise and live stream all the action to our fans here and around the world.”

The 2020 U.S. Open, which is run by the USGA, has not announced whether fans will be on hand. That tournament is set to begin Sept. 17 at Winged Foot in Mamaroneck, N.Y.

Officials with The Masters Tournament, rescheduled from April to Nov. 9-15, have not said whether spectators will be on the grounds of Augusta National Golf Club. The PGA Tour does not manage the Masters.