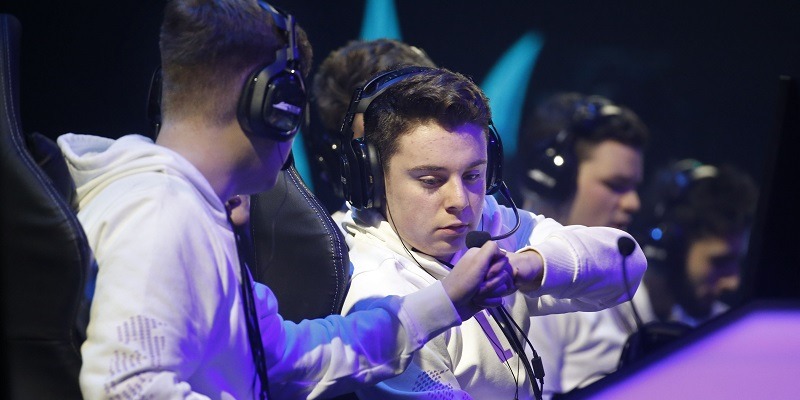 The Call of Duty League officially restarts with four matches Friday night, and it will have a distinctly different feel than the first four weeks of the inaugural season.

The city-based CDL played in front of packed crowds in Minneapolis, London, Atlanta and Los Angeles before the coronavirus pandemic forced a shutdown of live events last month.

An initial plan to transition to online matches until it was safe to resume live events ultimately became a need to move the remainder of the season online to limit the travel of players and kickstart the competition.

The “vacation we never wanted is over,” the Florida Mutineers tweeted on Monday upon the release of the online schedule.

Eight of the league’s 12 teams will be in action this weekend as the CDL faces a critical test. Will fans flock to the matches on YouTube similar to how they did for the live events, and can the CDL ensure a fair and seamless environment with online matches played remotely?

The Toronto Ultra’s Anthony “Methodz” Zinni told Field Level Media that he’s “just excited to get back into the action” with his team and build on the momentum the CDL had during the first month of its inaugural season.

“In a sense, (the CDL) makes everything feel more official,” he said. “The best way to put it is, it feels similar to how you’d fantasize playing for your favorite pro sports team, whether that’s the Yankees or the Raptors.

“Specifically for us players, it added a sense of stability that may have been lacking in the past. Perhaps right now more than any other time, it matters more. We are one of the few professional city-based competitions anywhere in the world that is still able to entertain large audiences, so that is a privilege and an opportunity for us.”

The CDL has gone to great lengths to prepare for the online move, outlining a list of steps taken to ensure competitive integrity and balance. Senior Director of Product Kasey Kramer said the league and its partners have “worked tirelessly” to establish new dedicated servers around the country, including testing them in collaboration with players in an effort to minimize latency issues.

This weekend will provide a critical technological test for the league, but Methodz doesn’t have any concerns about the switch from LAN to online. He said the biggest challenge is simply bringing the same intensity to online play.

It’s a similar sentiment several star athletes in traditional sports have shared when asked about the possibility of playing games in stadiums with no fans.

“I’ve noticed the mindsets of some players shift as soon as the online league was announced,” Methodz said. “It’s important to bring the same intensity and mindset that you would any other live and in person tournament, and I believe that some players will be a little rusty and unprepared due to the change in format.

The Seattle Surge will play the Paris Legion in Friday’s first match, followed by Florida vs. Toronto, Chicago Huntsmen vs. Minnesota Rokkr and Dallas Empire vs. L.A. Guerrillas.

The Mutineers’ Colt “Havok” McLendon said the overall meta of the game changes in terms of AR presence, and he expects the MP5 to be seen in more hands online. The Mutineers have been practicing with the newly developed meta along with getting in sync with Maurice “Fero” Henriquez replacing Preston “Prestinni” Sanderson in the starting lineup.

“Through the first four weeks, we learned how to work well with each other while all keeping a positive and winning mindset,” Havok told Field Level Media. “With Fero being a new addition to the team, he has brought with him valuable strategies that we’ve implemented into our game over the past month.”

Chicago and Atlanta FaZe are tied atop the standings with 90 points, followed by Dallas with 80 and Minnesota with 70. The gap between the top four and the rest of the league is significant, with Paris and Florida tied for fifth place with 50 points.

The month-long break provided each of the 12 teams time to evaluate their strategies through the first four weeks of the season and prepare for the move online. But will it also create opportunities for teams to close the gap on the top four?

Methodz said good in-game communication and staying on the same page will be critical, although he wasn’t giving away any hints about how the Ultra’s game plan might shift online.

“If I told you what we’ve been working on, I’d have to … JK!” he joked. “I think now is the time to double down and work even harder. Those that don’t will allow others to gain some ground.”

This weekend’s finals will be held on Sunday, with the championship match scheduled for 7 p.m. ET.