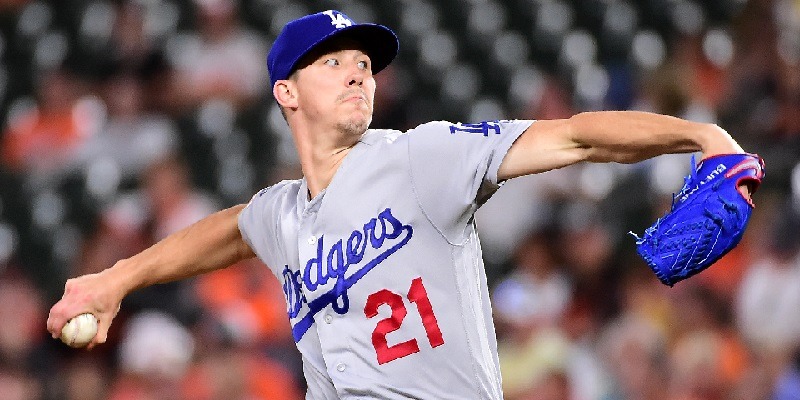 No strangers to meeting at this time of the year, the Washington Nationals and Los Angeles Dodgers will hook up in a National League Division Series starting Thursday at Dodger Stadium that would have been hard to predict in May.

The Nationals, though, were 24-33 at the end of May, with manager Davey Martinez’s job in jeopardy and with no Bryce Harper available to rescue the offense after his move to Philadelphia.

Enter an 18-8 June, a 46-27 second half and an eighth-inning comeback Tuesday for a 4-3 NL wild-card victory over the Milwaukee Brewers that Nationals fans will not forget anytime soon.

It makes the upcoming best-of-five set the second NLDS between the teams since 2016. In the previous one, the Dodgers won a five-game classic, with Clayton Kershaw recording the final two outs of the clincher in relief.

The Dodgers had a 4-3 advantage in the 2019 season series, with the teams splitting a four-game set at Los Angeles in May.

“They’re obviously a good team, great starting pitching, good lineup and deep,” Nationals shortstop Trea Turner said of the Dodgers. “So it’s going to be tough. But I think if there’s a team that’s ever been ready to face some adversity, it’s this one right here.”

He faced Los Angeles once this year, and he fired seven shutout innings in a 6-0 win at Dodger Stadium on May 9.

Los Angeles closer Kenley Jansen has been shaky with 33 saves in 41 chances and a career-high 3.71 ERA, and the Dodgers and Nationals were tied with an NL-worst 29 blown saves. But overall, Los Angeles relievers had an NL-best 3.78 ERA, while the Nationals were last (5.56).

The Dodgers are powered by an offense that set a National League record with 279 home runs and led the NL with 886 runs scored. The Nationals were second at 873.

Dodgers MVP candidate Cody Bellinger hit 47 home runs, drove in 115 runs and was second in the NL with a 1.035 on-base-plus-slugging percentage (OPS). Nationals MVP candidate Anthony Rendon had 34 homers, an NL-best 126 RBIs and a 1.010 OPS.

The Dodgers are expected to be at full strength with third baseman Justin Turner back from ankle and back issues. On the pitching side, left-hander Rich Hill (forearm, knee) is expected to start Game 4, if necessary, while right-hander Joe Kelly (undisclosed lower-body soreness) will be in the bullpen.

“Guys are ready to start playing playoff baseball,” said Dodgers manager Dave Roberts, whose team won its last seven regular-season games. “I think the way we attacked the games of the last couple weeks shows we’re prepared for the postseason and not sort of thinking these games are meaningless and we’re sleep-walking into the postseason. We’re ready to go.”