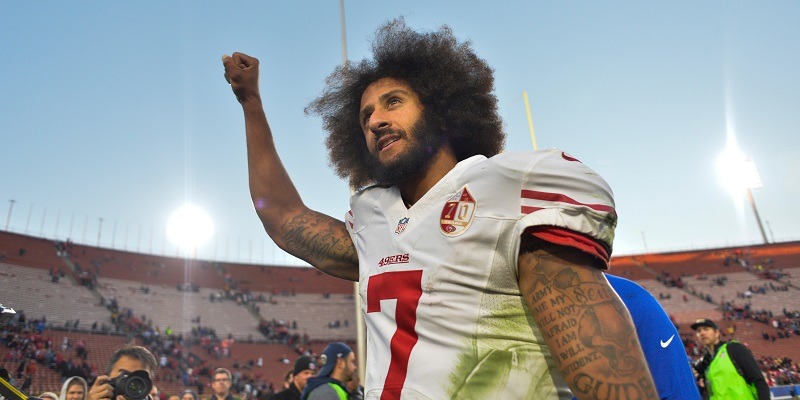 Colin Kaepernick is “more motivated than ever” to return to the NFL this season, according to a report Wednesday from Pro Football Talk’s Mike Florio.

Kaepernick has not directly addressed his interest in playing in the league at age 32 but PFT reported on Wednesday he is training diligently for that opportunity.

Kaepernick attempted to drum up NFL interest with a workout in 2019 but some teams that declared they planned to attend did not when the venue was changed.

Kaepernick hasn’t received a formal contract offer since the San Francisco 49ers split with him in March 2017. The season prior, he became a polarizing figure in sports because of his decision to peacefully protest by kneeling during the national anthem to bring attention to issues of social injustice and police brutality.

Many players, from former teammate Eric Reid to Atlanta Falcons quarterback Matt Ryan and New Orleans Saints safety Malcolm Jenkins, are calling for the NFL to give Kaepernick an opportunity.

Seattle Seahawks running back Carlos Hyde said Kaepernick should be in the NFL.

“I think the NFL can start by signing him back,” Hyde said. “I think if they sign Kap back, that’ll show that they’re really trying to move in a different direction. Because [he] was making a statement four years ago about what’s going on in today’s world and the NFL didn’t bother to listen to him then, so I think they should start by doing that.”