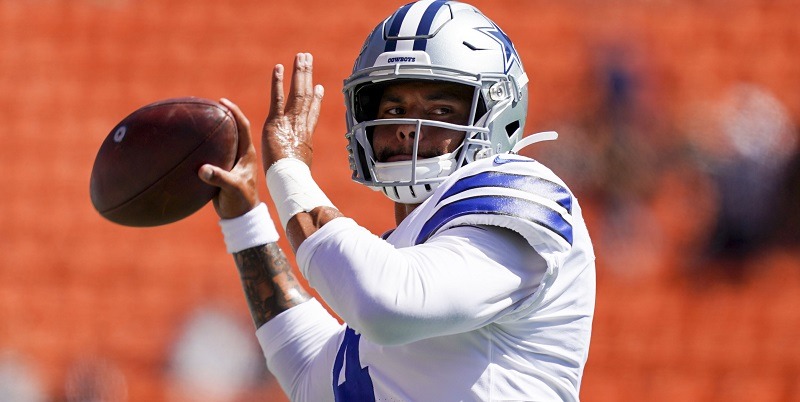 Dak Prescott and the Dallas Cowboys renewed contract negotiations on Monday with the NFL deadline to apply the franchise tag approaching on Thursday.

According to ESPN, the quarterback turned down a deal that would have included an annual average salary of $33 million, including bonuses. Only Russell Wilson ($35 million) of the Seattle Seahawks and Pittsburgh Steelers’ mainstay Ben Roethlisberger, scheduled to earn $34 million annually, currently exceed $33 million per year.

ESPN reported the deal would likely be closer to the average value of Aaron Rodgers’ deal with the Green Bay Packers, which checks in at $33.5 million per year.

If he doesn’t sign a long-term deal by Thursday at 4 p.m., Prescott is resolved to receiving the franchise tag. Cowboys owner Jerry Jones said at the NFL Scouting Combine that the Cowboys know they have to keep the 26-year-old Prescott, but he repeated the team will only do a deal that “makes sense for the Dallas Cowboys.”

The Dallas Morning News reported Prescott’s latest offer was only a three-year deal, but carried a value of $105 million guaranteed. That computes to $35 million per year.

Among the restrictions the Cowboys must consider, Jones pointed out, are the status of other marquee free agents in wide receiver Amari Cooper and cornerback Byron Jones. If not re-signed by Dallas, both players are expected to command top-of-market deals at their positions.

A two-time Pro Bowl selection, Prescott set career highs with 4,902 passing yards and 30 touchdowns in his fourth NFL season in 2019.