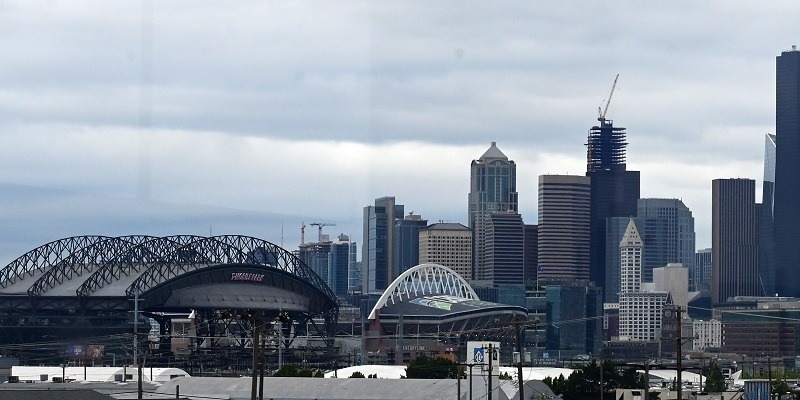 Sporting events in Seattle and San Francisco have been thrown into disarray as officials try to slow the spread of the coronavirus.

In Washington state, Gov. Jay Inslee announced Wednesday that all events that draw more than 250 people, including sports, concerts and conventions, can’t be held through at least March — and probably longer in King, Pierce and Snohomish counties.

And in San Francisco, Mayor London Breed announced a mandate banning events with more than 1,000 people for at least two weeks.

Their orders will leave the Seattle Mariners scrambling to find a new place to start their 2020 season, and the Golden State Warriors making alternate arrangements for games set for Chase Center in San Francisco.

In a statement, the Mariners said they were working with Major League Baseball “on alternative plans for our games that were scheduled for the end of March at T-Mobile Park in Seattle.

“While we hope to be back to playing baseball in Seattle as soon as possible, the health and safety of our community is the most important consideration.”

The Warriors announced that they will play Thursday’s home game against the Brooklyn Nets without fans at Chase Center in San Francisco.

“Due to escalating concerns about the spread of the coronavirus, and in consultation with the City and County of San Francisco, (Thursday) night’s game vs. the Nets at Chase Center will be played without fans. Fans with tickets to this game will receive a refund in the amount paid.

“All events at Chase Center through March 21 will be cancelled or postponed at this time. We’ll continue to monitor this evolving situation closely to determine best steps. We appreciate the understanding and patience of our fans, guests and partners.

The Warriors will hit the road after the game and return March 25 to start a four-game homestand.

Other teams affected are the Seattle Dragons of the XFL and the Seattle Sounders (MLS), as well as college teams located in the cities.

The Dragons have three home games left on the season, including Sunday and March 22. The XFL announced Wednesday that Sunday’s game against Los Angeles will be played as scheduled in Seattle at CenturyLink Field without fans present.

The Sounders were scheduled to host FC Dallas on March 21 but don’t return to CenturyLink Field until April 18. The team announced Wednesday that the March 21 game is off.

The Mariners are scheduled to open the season with a seven-game homestand beginning March 26.

The Tacoma Rainiers, the Triple-A affiliate of the Mariners, are set to open the season on April 9. Tacoma is in Pierce County, south of Seattle.

The Seattle area has been the epicenter of the coronavirus in the West, with Inslee reporting Wednesday that 24 people statewide have died from the virus. Twenty of the deaths have been linked to a nursing facility in King County.

The San Francisco Giants open the season on the road and are scheduled to open their home season April 3 at Oracle Park. They were to play a home-and-home exhibition series with the Athletics on March 23 and 24, with the first game in Oakland and the second in San Francisco. There was no word Wednesday if both games would be played in Oakland or if the second game would be canceled.

The Mariners issued a statement after Inslee’s announcement.

“The Seattle Mariners are working with the Major League Baseball Office of the Commissioner on alternative plans for our games that were scheduled for the end of March at T-Mobile Park in Seattle.

“While we hope to be back to playing baseball in Seattle as soon as possible, the health and safety of our community is the most important consideration.”

Inslee’s order affected only three counties in Western Washington, but he said the locations could be expanded. First- and second-round games in the NCAA Tournament are scheduled for Spokane in Eastern Washington on March 19 and 21.