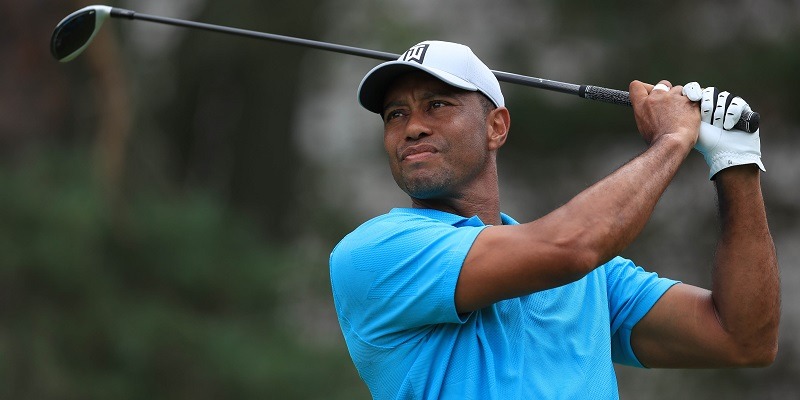 Tiger Woods opened his FedEx Cup playoffs with a 3-under-par round of 68 at The Northern Trust on Thursday.

Woods began his round on the back nine of TPC Boston in Norton, Mass., and dropped a shot on the 13th hole. He recovered with a birdie on No. 18 to make his turn at even par.

Woods then reeled off a string of four birdies over a six-hole stretch to get to 4 under, which was within three shots of the morning lead. However, he misjudged his approach shot on No. 9, coming up well short of the green and wound up with a closing bogey.

He entered the first leg of the playoffs at No. 49 in the FedEx Cup standings. The top 70 players will advance to next week’s BMW Championship, which Woods has committed to playing. However, he could still withdraw if he places high enough at The Northern Trust to move comfortably inside the top 30 that will reach the season-ending Tour Championship in Atlanta.

That would require a very high finish at TPC Boston, where scores were low on Thursday. Most likely, Woods will be playing four times over a five-week stretch if he qualifies for the Tour Championship at East Lake in two weeks.

“I’ve got to get to Atlanta first,” Woods said after his opening round Thursday. “I’m not in. The top 30 guys who do qualify for East Lake, they’re going to play a hefty load here. So whoever those 30 guys are.

“But there are guys, if they wanted to, they could take a week off here and there if they wanted to. Either this week or next week. I think the majority of the guys are trying to play their way into – I think it’s a staggered start (at the Tour Championship) – and try to give themselves the best chance to win at East Lake. So the majority of guys I think will be playing.”

Woods, 44, has not played in consecutive weeks since last September and is making only his sixth start of the PGA Tour’s 2019-20 season this week.

The U.S. Open begins 10 days after the Tour season concludes.

Woods has slipped to 16th in the official world golf rankings following a tie for 40th at the Memorial Tournament and a T37 at the PGA Championship.

He has enjoyed previous success at TPC Boston with a win in 2006 and runner-up finishes in 2004 and ’07. However, he said it’s still “foreign” to walk around the course with no fans in attendance.

“Our walks are very different,” Woods said. “Coming off the greens, just – there’s no grandstands. The build-out is nowhere near what we had it, and it is very different, and it’s very foreign.

“Some of the greens complexes look, how can I put it? A lot bigger because they don’t have the structure around the greens, and we don’t have thousands upon thousands of people walking around this golf course. It’s a very different atmosphere.”

Return to the trusty Scotty Cameron

Woods also went back to the Scotty Cameron putter he has used for most of the past 21 years after using a longer putter at the PGA Championship.

“When I was at home practicing I didn’t really use this putter,” he said of the one he put back in his bag this week. “I was practicing with the other one to make sure I could get some reps and get some feel, and all of I sudden – heck with it, I’ll just put it in play and see how it goes. And it worked.”