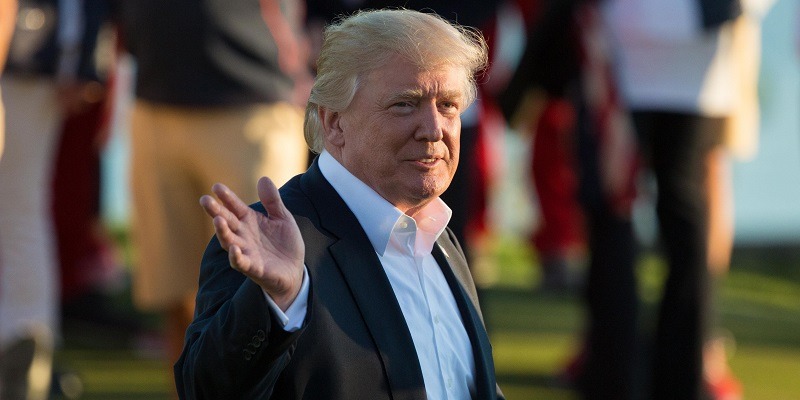 President Donald Trump touted a productive phone call with Big Ten commissioner Kevin Warren, continuing his mission to get the conference to return to the field this season.

“Had a very productive conversation with Kevin Warren, Commissioner of the Big Ten Conference, about immediately starting up Big Ten football,” Trump said in a tweet. “Would be good (great!) for everyone – Players, Fans, Country. On the one yard line!”

Had a very productive conversation with Kevin Warren, Commissioner of the Big Ten Conference, about immediately starting up Big Ten football. Would be good (great!) for everyone – Players, Fans, Country. On the one yard line!

Trump, who called for the Big Ten to play football in a tweet Sunday, expanded on his latest Twitter post in comments to pool reporters before boarding Air Force One to travel to Wisconsin on Tuesday.

The Big Ten released a statement confirming the phone call between Warren and the president.

“A White House representative reached out to Big Ten Conference commissioner Kevin Warren on Monday, August 31, 2020 to facilitate a phone call between President Donald J. Trump and Commissioner Warren,” the Big Ten said in a statement. “On Tuesday, September 1, 2020, Commissioner Warren and the President had a productive conversation.

“The Big Ten Conference and its Return to Competition Task Force, on behalf of the Big Ten Council of Presidents and Chancellors (COP/C), are exhausting every resource to help student athletes get back to playing the sports they love, at the appropriate time, in the safest and healthiest way possible.”

“From the department of not shocked: The characterization of the Big Ten being on the 1-yard line to return to play “immediately,” as we saw in a Tweet earlier today, is not how the Big Ten views it, per source. Many, many hurdles to go.”

Big Ten coaches met Friday to discuss the possibilities for playing a shortened season starting around Thanksgiving. There is no timeline for a decision, but university presidents and athletic directors could determine their original verdict on the 2020 season will stand.

The Big Ten, Pac-12 and other conferences — including the Ivy League — postponed the 2020 football season with a plan to play an altered season in spring 2021.