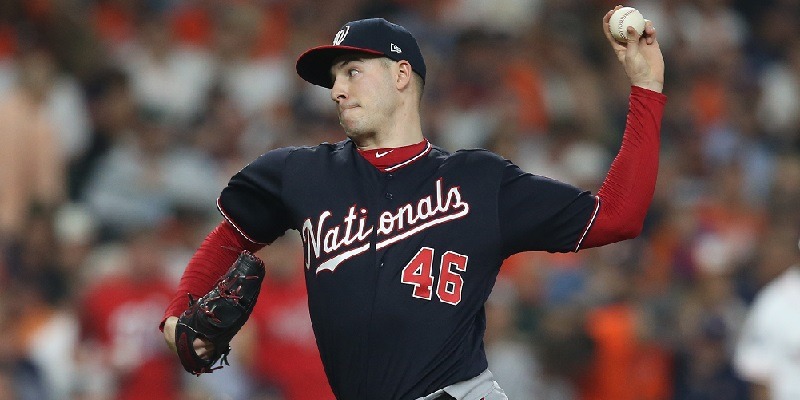 Laugh at the concept of a high-powered machine with dual gas pedals if you must, but the Nationals have been operating with an abundance of force in these playoffs, long before they took a 2-0 lead in the World Series over the favored Houston Astros.

“We know the series isn’t over,” Nationals third baseman Anthony Rendon said. “I think it would have been a success if we only came in and stole one game, obviously, playing at this stage and playing with the crowd and at their home field. But for us to obviously steal two games from them at their home field is great. But we still have a job to finish and we have two more to go.”

Going back further, to Sept. 23, the Nationals have won 18 of their past 20 games. The only defeats were in the National League Division Series to the Los Angeles Dodgers.

The Nationals’ weakness was supposed to be an overmatched bullpen, but Washington finished off the Astros just fine in Game 2. The Nationals broke open a 2-2 tie with a six-run seventh inning and a three-run eighth for a 12-3 victory. The blowout allowed the Nationals’ two dependable bullpen arms – Sean Doolittle and Daniel Hudson – to take the day off.

Anibal Sanchez (1-0, 0.71 ERA in the 2019 postseason), who was four outs away from a no-hitter in Game 1 of National League Championship Series against the St. Louis Cardinals, will take the mound for the Nationals in Game 3.

The Astros will send Zack Greinke (0-2, 6.43) to the mound in Game 3. Acquired at the trade deadline to form a formidable rotation for the upcoming postseason, Greinke now must be the pitcher to get the team on track after Gerrit Cole and Justin Verlander were unable to lead the Astros to victories.

Greinke, 36, has dominated the Nationals in his career, going 6-1 with a 1.27 ERA over nine starts. The latest meeting came at Washington on June 13 when Greinke was a member of the Arizona Diamondbacks. He gave up just two hits over 7 1/3 scoreless innings as Arizona earned a 5-0 victory.

In addition to a dominating pitching performance, what the Astros need is a lead. They held a slim advantage for the first three innings of Game 1 but they haven’t been in front since.

History says the Astros’ chances are slim. Only three teams have won the World Series after losing the first two games at home, the last being the 1996 New York Yankees.

“They’re halfway to a race to four wins,” Astros manager A.J. Hinch said of the Nationals. “Clearly, Game 3 becomes critical for us. We’re going to get on a plane, we’re going to go to Washington. I doubt the Nats are going to feel too confident that they have this sewed up and they can start planning the parade. We’re going to give them a fight for it.”