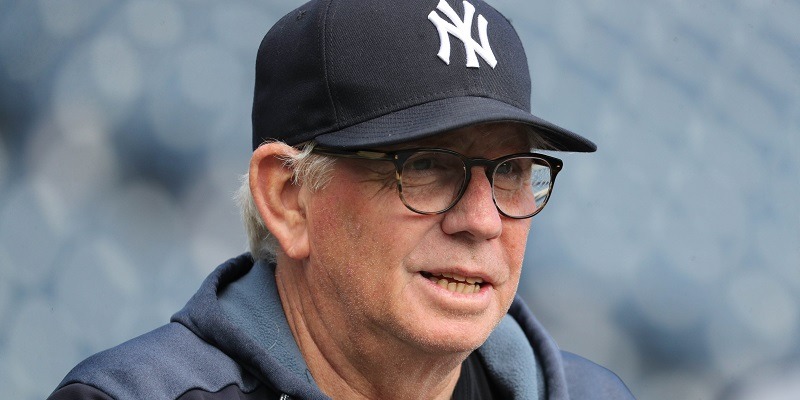 The New York Yankees on Monday parted ways with pitching coach Larry Rothschild, who has been with the club since the start of the 2011 season.

While dealing with multiple injuries in 2019, New York finished 14th in the majors with a 4.31 team ERA. The Yankees compiled a 2.87 ERA in the postseason, which ended with a six-game loss to the Houston Astros in the American League Championship Series.

ESPN’s Buster Olney first reported the possibility that Rothschild, 65, could be fired.

A potential landing spot for the veteran coach is Philadelphia, where former Yankees skipper Joe Girardi was hired last week as manager to replace the fired Gabe Kapler. Rothschild was on Girardi’s staff in the Bronx from 2011-17.

Before joining the Yankees, Rothschild managed the Tampa Bay Devil Rays from 1998-2001 and served on the Chicago Cubs’ coaching staff from 2002-10. He has been a player coach or manager with a major league organization for 45 seasons.

“I want to personally thank Larry for his near decade of commitment to this organization,” Yankees senior vice president and general manager Brian Cashman said in a statement. “Larry cares deeply about his craft and the pitchers under his tutelage, and he played a significant role in our successes over the past nine seasons. There’s a reason why Larry has had the type of distinguished baseball career he’s had, and it starts with experience and dedication that is difficult to emulate.”

Rothschild pitched for 11 seasons in the Cincinnati Reds and Detroit Tigers organizations, and was on the coaching staffs of the World Series champion Reds (1990) and Florida Marlins (1997).