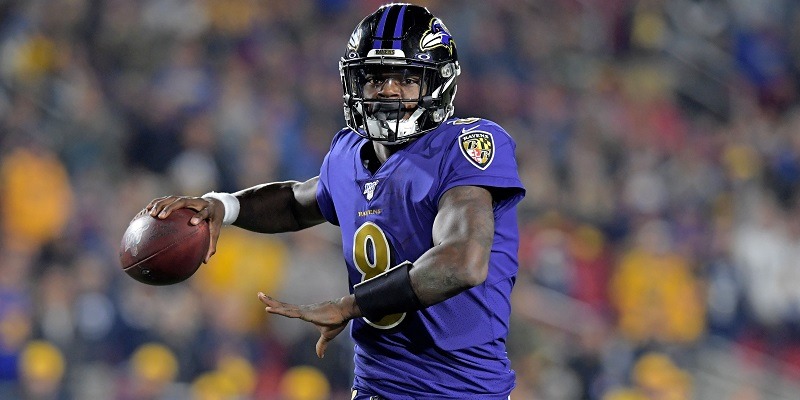 2019 summary: After a 2-2 start, the Ravens were outstanding on both offense and defense the rest of the way, winning 12 straight to close the regular season. League MVP Lamar Jackson was uneven in the postseason, however, as Baltimore fell at home to Tennessee.

Cause for concern: Baltimore’s offensive line was terrific last season, but it was weakest at left guard and center. Now the Ravens are trying to survive without Yanda at right guard after the future Hall of Famer retired. Starting center Matt Skura is also recovering from a torn ACL and dislocated kneecap, adding to the uncertainty inside.

Worth watching: Filling Yanda’s shoes won’t be easy, but the Ravens have options. Fluker provides a veteran presence, while three youngsters — 2019 fourth-rounder Ben Powers, and 2020 draft picks Phillips (third round) and Bredeson (fourth) — could take the fight for jobs up front into October.

Still sporting an active 12-game regular-season win streak, Baltimore is a safe bet to hit double-digit wins again. That said, a 12-win season is a tall task for any team, even if the Ravens seem likely to hit the mark.

2020 forecast: Jackson has had some playoff hiccups, but defenses haven’t exactly found a “blueprint” to stop him. Until that happens, the Ravens’ offense should keep rolling. They’re nearly as loaded on defense, with Campbell, Wolfe and Queen reinforcing the front seven. Even with the division improved, Baltimore is the clear favorite and arguably the AFC’s top Super Bowl contender.

2019 summary: Ben Roethlisberger’s Week 2 injury doomed the offense, as backups Mason Rudolph and Devlin Hodges floundered. The struggles — amplified by injuries to JuJu Smith-Schuster and James Conner — were just enough to keep a stalwart defense from dragging the Steelers to the playoffs.

Cause for concern: This is all about Roethlisberger’s health, as the 38-year-old returns from surgery on his throwing elbow. Big Ben looked shaky in a game and a half last season, but he led the league in passing yards (5,129) in 2018. Will his arm strength be the same? Will he be able to stay healthy?

Worth watching: The Steelers were great developing O-linemen under Mike Munchak. Can they keep it up? After Foster’s retirement, Matt Feiler will move from right tackle to left guard. Right tackle was “too close to call” on Labor Day. The Steelers are allowing Zach Banner and 2018 third-rounder Chukwuma Okorafor to battle into the season.

Even if he isn’t his former self, Roethlisberger’s return should be worth at least two wins, and perhaps three or four. Some regression on defense is likely, but we feel pretty comfortable about taking the over.

2020 forecast: Some are sleeping on the aging Steelers, but there’s a lot to like. The defense should remain great, even if it doesn’t force 38 turnovers again. The offense could thrive if Roethlisberger, Smith-Schuster and Conner are 100 percent. Health permitting, this might be the third-best team in the AFC behind Kansas City and Baltimore.

2019 summary: Anointed by many last offseason (guilty), the Browns never coalesced due to a shaky offensive line, regression from Baker Mayfield and an inconsistent defense. Jimmy Haslam tore it down yet again, replacing coach Freddie Kitchens and GM John Dorsey with Kevin Stefanski and Andrew Berry, respectively.

Cause for concern: Will the Browns ever play up to their talent? Once again, it felt like they had an excellent offseason, filling several holes with quality players, but it must translate on the field. Can Wills be an adequate left tackle from Day 1? Will Mayfield trust his protection and fix some mechanical issues? Can Odell Beckham Jr. return to his former self?

Worth watching: Linebacker was an issue for the Browns after Kirksey was hurt last year, and he and Schobert are both gone. Who will step up? Mack Wilson has plenty of athleticism but must hone his instincts and injured his knee in August. He said he’ll be back “soon” but the Browns haven’t clarified the timeline. Sione Takitaki, a 2019 third-rounder, will likely get a shot, as will 2020 third-rounder Jacob Phillips and veteran thumper Goodson.

This is more palatable than a year ago, when some books had the Browns at 9.5 wins. Mayfield and the O-line should be better, but the division is much improved. We lean toward the over but would prefer to steer clear of this one.

2020 forecast: The Browns look like playoff contenders on paper, just as they did a year ago. Can Stefanski and his staff get more out of the roster than Kitchens did? Even if so, Cleveland has to contend with a juggernaut in Baltimore, a healthier Pittsburgh team and the improved Bengals, which might leave them fighting for the new third wild-card spot.

2019 summary: The Bengals were relatively competitive early, with several close losses in an 0-6 start, but the skid reached 0-11 before Cincinnati nabbed two victories late. The collapse put them in position to nab Joe Burrow as their quarterback of the future.

The Bengals have plenty going for them, including the proverbial dead-cat bounce. They won’t go 0-8 in one-possession games again, and the offense should benefit from better health and QB play. A four-game leap is a lot, but we’re cautiously optimistic about the over.

2020 forecast: Burrow is the rare rookie QB who could change his team’s fortunes immediately, but there are clear concerns. His protection could be disastrous at times, even if he has the mobility to compensate. On defense, key talents up front are aging, and questions remain in the secondary despite the free agent spending spree. In a tough division, the Bengals might have to wait for 2021 to compete for the playoffs.