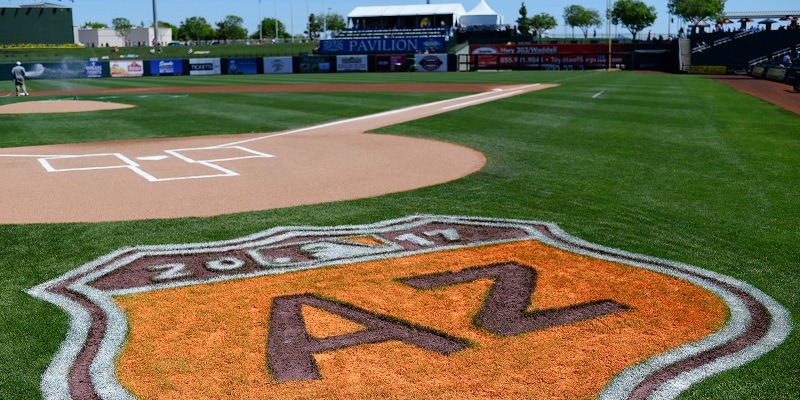 As our flight touched down in Phoenix for a spring training trip, the passenger next to me immediately checked his phone for what had happened in the sports world since we departed from Seattle three hours earlier.

What he found wasn’t the anticipated scores and transactions.

“They pulled all the players off the court and canceled an NBA game,” he said in disbelief. “Looks like one of the players tested positive for the coronavirus!”

Having spent more than two decades in the sports media, even I couldn’t grasp how razor sharp the tip of that iceberg would prove to be.

It was the evening of March 11.

We would soon learn the player was Utah’s Rudy Gobert, and that the NBA had already paused all operations.

The following day, spring training was shuttered as the sports world hit pause one league at a time. Coming from close to where the epicenter of the U.S. outbreak was believed to have started at the time, we witnessed for a second time what happens when the coronavirus puts its vice grip on a metropolitan area.

And the tourists … vanished.

Many with existing reservations hung by the pool and waited out the days until their flights home. But virtually no one arrived to take their place other than weary pilots and flight attendants.

One bartender told me he went from closing down the hotel bar with baseball scouts at 2 a.m. to having his shifts cut in half in the span of 48 hours. The immensely popular spring training hotel went from full occupancy to employees hinting that management would be willing to “negotiate” rates with anyone willing to stay.

Anticipating months of lockdown back home, we decided to hunker down at local rental houses.

Typically booked out months in advance, we now had our pick of the litter at the fraction of the seasonal rate.

A five-day spring training trip turned into a 33-day adventure in navigating a pandemic from the road.

Arizona Lodging and Tourism Association President and CEO Kim Sabow told Field Level Media that 40 percent of hospitality jobs have been lost, “with the numbers increasing as revenue and cash flow comes to a standstill.”

That mirrors the numbers seen by our first rental host, Peter Carabetta, whose company AirMGR owns multiple properties in the area. He said booking revenues are down “at least 40 percent” for the same period last year. Carabetta added that “the impact has actually been not as bad” compared to their other properties in Chicago and San Diego.

AirMGR quickly adapted its dynamic pricing to reflect the decreased demand and market more to longer-term stays along with locals and people in colder neighboring states looking for amenities such as a pool while hunkering down.

“Obviously, March is the busiest time of the year for our Arizona properties and (we) had a flood of cancellations for folks coming to town the last half of the month which definitely put a dent into March earnings,” Carabetta said. “The surprising thing is we actually saw quite a few new bookings once the dates opened up from the canceled reservations, albeit at much lower prices than typically warranted.”

Arizona is one of numerous states evaluating a gradual “re-opening” of business, but what that might look like for a state so heavily dependent upon tourism remains a mixed bag dependent upon unknown factors.

Major League Baseball is reportedly evaluating a number of contingency plans that involve Arizona hosting several teams playing regular-season games in the state this summer. But no definitive decisions have been made, with Florida and Texas also reportedly under a multi-state plan being considered.

“The Cactus League is monitoring the situation,” Cactus League executive director Bridget Bunsbacher said. “The safety of the public is our No. 1 concern.”

Sabow said that spring training being canceled roughly two-thirds through the season created an estimated loss of about $200 million in economic impact and that Arizona has lost a total of $1.5 billion in visitor spending during the shutdown.

“Although this remains a concept with little details, the MLB plan could provide a significant lifeline for Phoenix and Tucson hotels and resorts,” she told Field Level Media. “Any increase in hotel occupancy means more individuals can stay employed or potentially be rehired at these properties.

“It also provides more opportunities for the indirect jobs supported by the hospitality industry such as landscaping services, food delivery, and others.”

The prospect of MLB playing games in Arizona during the summer – a time when tourism usually drops due to the string of 100-plus temperature days – would no doubt create a much-needed boost to the traditional tourism industry. Sabow said the Arizona Lodging and Tourism Association is working closely with Gov. Doug Ducey and state leaders on how to re-open the economy “in a responsible way that protects public health” while evaluating all possible scenarios.

Then there’s the potential of a second – or third – hammer falling on the state.

What if MLB ultimately doesn’t resume with a plan significantly involving Arizona?

And if it does, what happens if COVID-19 cases spike, leading to another shutdown?

Potentially worse-yet, what if MLB doesn’t come and football season is greatly impacted this fall? In addition to the NFL’s Arizona Cardinals, the state is home to a pair of Pac-12 schools and hosts three college football bowl games.

“College Football is an important economic driver in Arizona,” she said. “If college football is canceled for the 2020 season, it will be another major loss for Arizona’s tourism industry.”

University of Arizona president Dr. Robert Robbins said last week that while the university plans to have students on campus for the fall semester, he’s “really concerned” about whether college football will go on as scheduled.

“I just don’t see that happening,” he told KVOI-AM in Tucson.

Tucson had been scheduled to play host to World Baseball Classic qualifying games and has been mentioned as a potential inclusion in MLB’s plans. Like Phoenix, however, the city is trying to prepare for the prospect of regular-season baseball while bracing for a worst-case scenario.

“The catch, clearly, is that everything is so wildly uncertain that it’s impossible to say what that might mean, even if we did have any control over it,” Visit Tucson’s Dan Gibson told Field Level Media, adding that the city remains in a waiting game with football as well.

“Sporting events, large and small, are absolutely a big part of our recovery plan – supporting existing events like the MLS Preseason, Tucson Invitational Games and others, as well as looking to present our facilities as a great place to hold events that are new to Tucson. We hope we showed MLB what Tucson is capable of with the World Baseball Classics preparations, so we’ll see what happens next.”

While the region awaits decisions from Ducey and individual cities regarding the lifting of restrictions, everyone is acutely aware that there will be no 100 percent quick fix for the ravaged Arizona tourism industry.

Baseball games with no fans – meaning no tourists – likely won’t help rental properties recoup much of the damage caused by the loss of spring training.

But baseball is baseball, even if it doesn’t fix the bottom financial line.

“Without the crowds and tourists visiting, there is not much that would do for us other than the possibility of players or front office staff staying at the properties instead of hotels,” Carabetta said. “Would be interesting way to get the season started, nonetheless.”

–Derek Harper (@DerekAHarper) is the CEO of Field Level Media