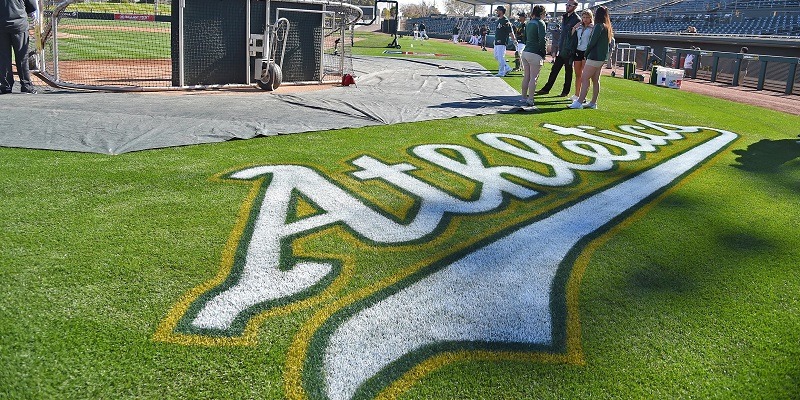 The Athletics’ series finale against the host Houston Astros on Sunday afternoon has been postponed following a positive test result for COVID-19 within the Oakland organization.

Major League Baseball announced the postponement Sunday morning, saying it was a result of “an abundance of caution and to allow for additional testing and contact tracing to be conducted.”

The A’s also issued a statement.

“The Oakland A’s learned today that a member of the organization has tested positive for COVID-19 and Major League Baseball has postponed today’s game in Houston at Minute Maid Park,” it read.

“The team conducted testing and contact tracing for the entire traveling party this morning and will self-isolate in Houston with recommended safety precautions in place.”

The Astros (19-14) recorded a sweep of a doubleheader of the Athletics (22-12) on Saturday to take the first two contests of the three-game series. Division-leading Oakland has a 2 1/2-game lead over Houston in the American League West.

Friday’s originally scheduled series opener was postponed after both teams walked off the field in protest before the first pitch. The decision to do so came on the heels of the police shooting of Jacob Blake, a Black man, in Kenosha, Wis.

The Astros and Athletics have one more head-to-head series remaining on Sept. 7-10.

The A’s are scheduled to start a three-game series on Tuesday in Seattle.