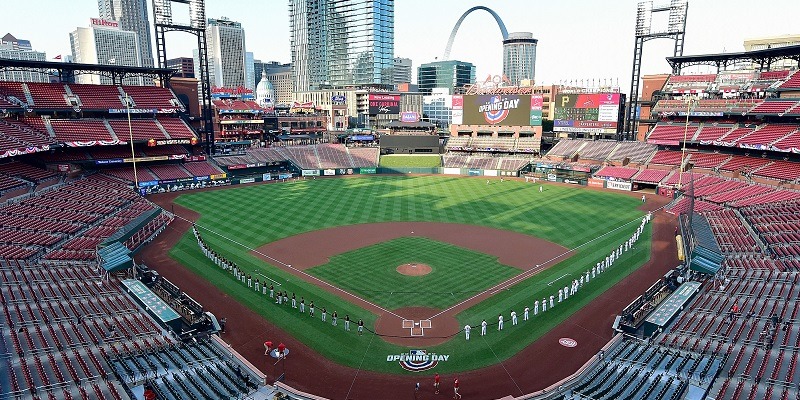 The St. Louis Cardinals will be sidelined for an 11th straight game, with Monday night’s series opener against the Pittsburgh Pirates postponed.

According to multiple reports, the Pirates canceled their scheduled Sunday night charter flight to St. Louis as the Cardinals continue to battle an outbreak of COVID-19.

The Pittsburgh Post-Gazette reported Sunday that a new batch of test results for the virus is due back to the Cardinals on Sunday afternoon, and those results will determine whether the three-game series is played.

In all, nine St. Louis players and seven staff members have tested positive for the virus. Three of those results came just days ago as the Cardinals prepared to host the Chicago Cubs this weekend for a three-game series, which was postponed.

The Cardinals have played just five games on the season and none since July 29.

In addition to the Cubs series, Major League Baseball also postponed three games in Milwaukee and four in Detroit.

The Cardinals already are scheduled to play five seven-inning doubleheaders in an attempt to make up the lost games with the Brewers and Tigers and have just two off days scheduled the rest of the season.

If the Pirates are cleared to fly to St. Louis, a doubleheader could be played Tuesday or Wednesday to make up Monday’s postponed game.

The Cardinals are scheduled to play a doubleheader in Detroit on Thursday — added on a previously scheduled off day — before heading the Chicago to play three games against the White Sox.