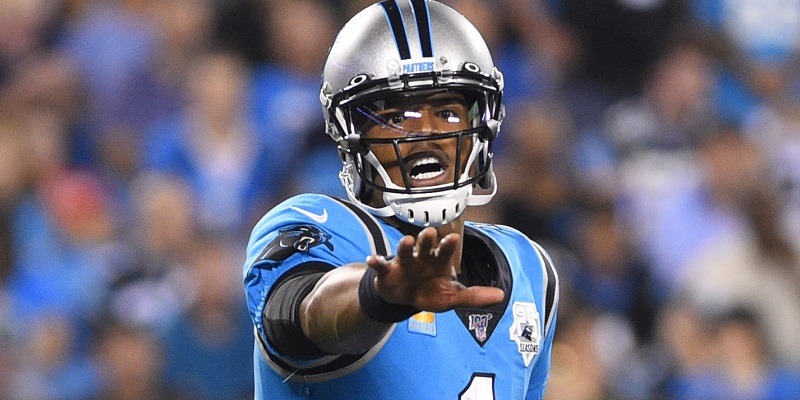 Four quarterbacks were selected in the first round, with No. 1 overall pick Joe Burrow likely to start from Day 1 in Cincinnati. But while Jameis Winston is looking at a one-year backup deal in New Orleans, fellow veteran free agent Cam Newton reportedly isn’t interested in signing as an understudy.

The most intriguing possibility appears to be Newton competing to fill Tom Brady’s enormous shoes with the New England Patriots, who did not select a quarterback during the draft. Newton is being offered at -190 by FanDuel to sign with Bill Belichick’s team, followed by the Jacksonville Jaguars (+300) and Pittsburgh Steelers (+750).

The Jaguars were considered a potential landing spot before the draft, and added only Oregon State’s Jake Luton in the sixth round to compete with Gardner Minshew and Joshua Dobbs.

Patriots: Second-year quarterback Jarrett Stidham remains the opening-week favorite at -160 at FanDuel, but those odds will shift dramatically if Newton ultimately signs with New England. Even as a free agent, Newton is being offered at +170 – much lower odds than current Patriot Brian Hoyer (+550). With Andy Dalton’s departure from the Bengals all but solidified by Burrow’s arrival, his odds to be the Patriots’ Week 1 starter are +900.

Dolphins: Miami landed Tua Tagovailoa with the fifth overall pick, but no one knows exactly the state of his surgically-repaired hip and whether the former Alabama star will need to take a “red shirt” year or not.

Chargers: Los Angeles has arguably the most talented roster of any team that selected a quarterback within the top 10. That’s the driving force behind veteran Tyrod Taylor (-370 at FanDuel, -305 at DK and -400 at PointsBet) being favored to start Week 1 over No. 6 overall pick Justin Hebert (+260, +250, +275).

The former Oregon star may need to watch and learn until Taylor gets injured and/or the Chargers fall out of contention. And Easton Stick can be had for +3200 at FanDiel, +5000 at DraftKings and +3300 at PointsBet.