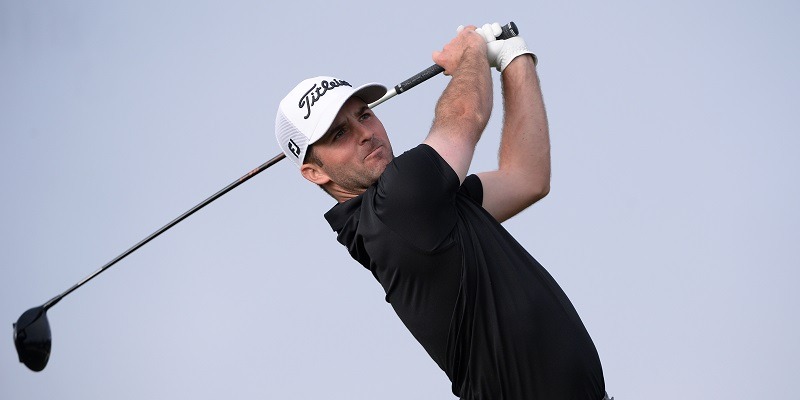 Denny McCarthy withdrew from the Travelers Championship on Friday after becoming the third PGA Tour player to test positive for COVID-19.

McCarthy shot a 3-under-par 67 during the first round on Thursday, when he was paired with Bud Cauley and Matt Wallace. He also played in the first two events following the tour’s hiatus due to the coronavirus, finishing 66th at the Charles Schwab Challenge and missing the cut at the RBC Heritage.

“I feel OK,” McCarthy said in a text to GolfChannel.com. “I woke up in the middle of the night and my body was really achy and sore and figured something was wrong.”

McCarthy is the sixth player to withdraw from the Travelers due to the coronavirus and must self-isolate for at least 10 days, per tour protocols.

“I’ll deal with it and move on,” he told the Golf Channel. “Sucks. Feel like I figured some things out this week and was ready for a nice stretch.”

Cameron Champ withdrew after testing positive earlier this week, and Brooks Koepka and Graeme McDowell withdrew after their caddies tested positive. Koepka’s younger brother, Chase, withdrew out of an “abundance of caution” because he played a practice round alongside his brother, McDowell and the two infected caddies.

After the tour resumed at the Charles Schwab Challenge with no positive tests, Nick Watney became the first player to test positive, withdrawing ahead of the RBC Challenge.

Tour commissioner Jay Monahan issued a new set of protocols on Wednesday geared at limiting the spread of the coronavirus around the tour.

Speaking at TPC River Highlands in Cromwell, Conn. — site of this week’s Travelers Championship — Monahan said that 2,757 COVID-19 tests had been administered so far between the PGA Tour and the second-tier Korn Ferry Tour, and that seven had returned positive as of Wednesday.

“All of us have an extraordinary responsibility to follow those protocols,” Monahan said. “For any individual that does not, there will be serious repercussions and I’m not going to get into the specifics of it.”