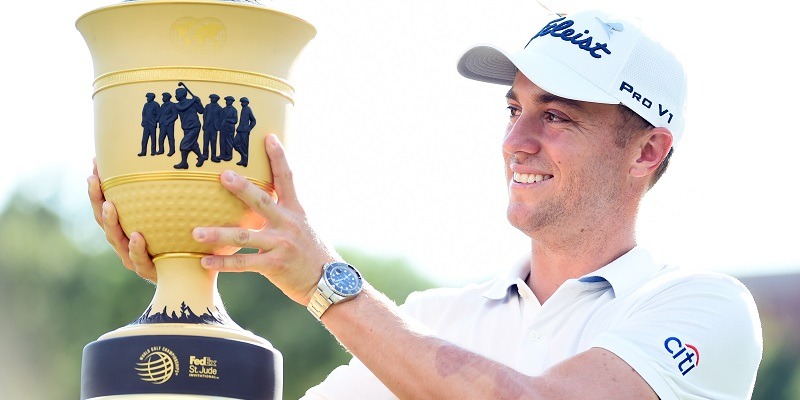 Justin Thomas got a taste of being the No. 1 ranked golf in the word when he was only 25 years old.

That was in 2018, when he spent four weeks atop the official world golf rankings. It has taken two years to get back to that perch as Thomas leapfrogged Jon Rahm and Rory McIlroy for No. 1 with his victory at the World Golf Championships-FedEx St. Jude Invitational on Sunday.

Heading into the first major of the year at this week’s PGA Championship at Harding Park in San Francisco, Thomas believes he is better equipped to stay at the top for an extended period.

“I would like to think so, I hope so,” Thomas said. “I feel like I’m a better player and I feel like I’m more complete of a golfer now than I was then.”

Thomas has three victories this season and is a previous PGA Championship winner, claiming his lone major title to date at Quail Hollow Club in 2017. He has 13 titles overall at just 27 years old.

“I’ve been fortunate to have a good career so far,” he said. “But I plan on playing out here for a long time and have a lot of things that I still want to accomplish. And every milestone and stepping stone is hopefully something that I can learn from and something that will help me even more in the long run.”

Rahm slipped one spot to No. 2 after lasting exactly one start in his first time atop the rankings. He shot a 66 on Sunday to move up 15 spots for a 52nd-place finish in Memphis, while McIlroy slipped to No. 3 with his T47.

There were no other changes in the top 15 of the rankings.

Another big mover was Daniel Berger, who snagged a share of second place with his final-round 65.

Ranked 152nd in January, Berger has rocketed up to No. 20 with a win and six top-10s in his past seven starts. He also qualified for the U.S. Open.

“Yeah, that was interesting,” Berger said. “I won Colonial (at the Charles Schwab Challenge) and I still wasn’t in the U.S. Open. I do have a spot there and obviously looking forward to next week having some good play under my belt.”