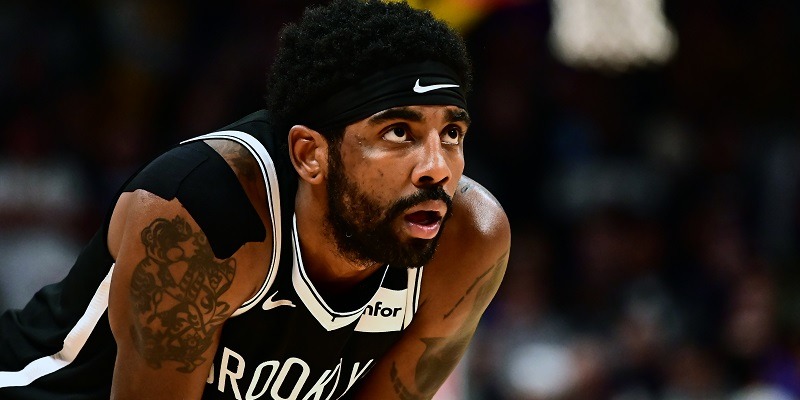 Brooklyn Nets guard Kyrie Irving, saying Tuesday he just “needed a pause” after seven games, has rejoined the team and expects to play Wednesday in his first game since the acquisition of James Harden.

Irving missed seven games, citing “personal stuff,” and hasn’t played since Jan. 5. Since then, the Nets have gone 5-2 in his absence and are riding a four-game winning streak.

Wednesday’s game against the Cleveland Cavaliers will be the team’s first with Irving, Harden and Kevin Durant. The Nets have won both games Harden has played in.

Irving said he wants to “apologize to the fans.”

“I am back, I am happy to be back, we got some great pieces, and we move on and I let my actions and my game speak for itself like I planned on doing,” Irving said. “I just needed a pause.”

Irving said he spoke to every one of his teammates, adding that “they had my back and supported me and my family.”

The NBA last week fined Irving $50,000 for violating the league’s health and safety protocols. The fine stemmed from Irving’s attendance at a private indoor party last weekend. It was reported earlier this week that the league was conducting an investigation after video surfaced of Irving at a family birthday party without wearing a mask.

The six-time All Star was also docked nearly $900,000 because two of the games he missed were during a mandated quarantine period.

“I think KY is working really hard mentally to put himself in a great position to perform,” Nets coach Steve Nash said. “I’m proud of him for the effort he’s making there.” there.”

Irving confirmed that he helped buy a house for the family of George Floyd, a Black man who died in police custody last May in Minneapolis.

“It was a team effort,” Irving said Tuesday. “Just trying to do my part. Selfless service. That’s all.”