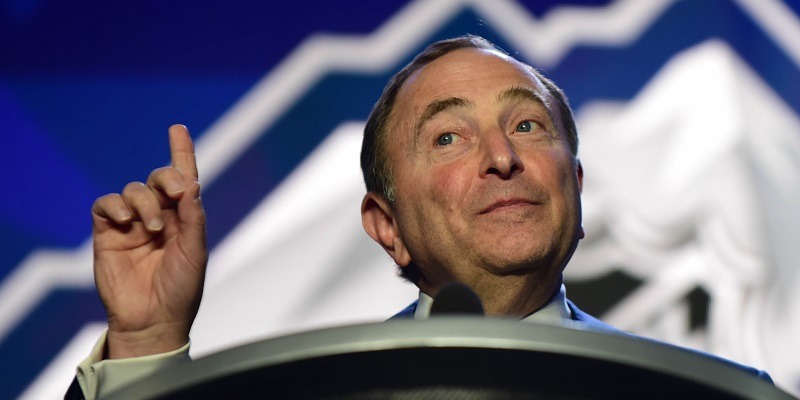 Instead of looking at a lone, neutral location to host all NHL games when play resumes following the coronavirus pandemic, the league reportedly is considering a plan to have teams from each division play at a single site.

Elliotte Friedman of Canada’s Sportsnet wrote Tuesday that the four-city plan could be enacted with tripleheaders held daily at each site. The players association would need to give its approval for the strategy to be utilized.

The NHL is not contemplating neutral-site games, according to Friedman.

Examining the spread of COVID-19 around NHL markets, Friedman theorized that candidates to be host cities would include Edmonton (Pacific Division), Saint Paul, Minn. (Central Division) and Raleigh, N.C. (Metropolitan Division). He did not list a front-runner for the Atlantic Division, which has teams in Boston, Buffalo, Detroit, Montreal, Ottawa, Tampa, Toronto and Sunrise, Fla.

The NHL also might keep its draft in June, according to Friedman. However, the fact that the 2019-20 season might not be completed by then would complicate matters, as the draft order traditionally is set based on the prior season’s standings.

The league also would have to determine how to handle conditional draft picks that changed hands in prior deals, as their placement often depends upon teams’ playoff outcomes.

The draft was scheduled to take place June 26-27 in Montreal, but it was postponed indefinitely on March 25. It is possible the NHL might move its draft to an online-only format such as the one the WNBA used last week and the NFL will use this week.

The NHL season was suspended on March 12, with all teams having played between 68 and 71 of their scheduled 82 regular-season games. The regular season was originally due to end on April 4, with the playoffs slated to start shortly thereafter. The Stanley Cup finals would have been held in late May and early June.