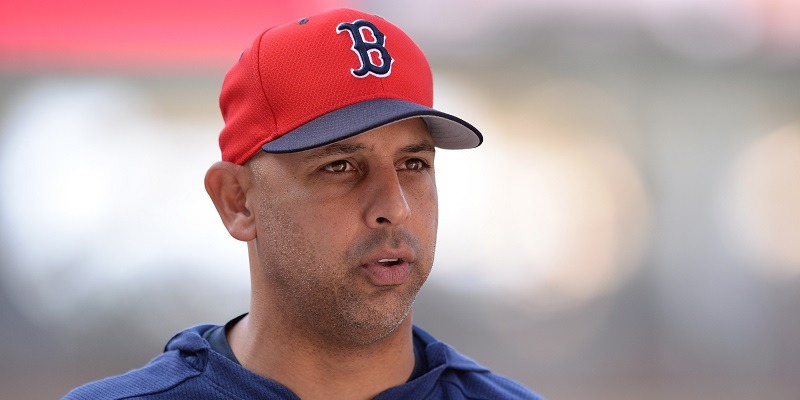 The Boston Red Sox will forfeit this year’s second-round draft pick due to a pattern of sign-stealing during the 2018 season, Major League Baseball announced Wednesday.

MLB also suspended replay operator J.T. Watkins for one year after determining he utilized game feeds in the replay room to “revise sign sequence information that he had permissibly provided to players prior to the game.”

Commissioner Rob Manfred stated that an “exhaustive” investigation determined that then-manager Alex Cora nor the front office were aware Watkins was utilizing in-game video to update the sign information.

Watkins was previously a “key participant” in the “Apple Watch Incident” late in the 2017 season when the Reds Sox admitted to using a smartwatch to communicate signs decoded from the replay room to the dugout.

Red Sox president and CEO Sam Kennedy termed the club’s actions during the 2018 season as unacceptable.

“As an organization, we strive for 100% compliance with the rules,” Kennedy said in a statement. “MLB’s investigation concluded that in isolated instances during the 2018 regular season, sign sequences were decoded through the use of live game video rather than through permissible means.

“MLB acknowledged the front office’s extensive efforts to communicate and enforce the rules and concluded that Alex Cora, the coaching staff, and most of the players did not engage in, nor were they aware of, any violations. Regardless, these rule violations are unacceptable. We apologize to our fans and Major League Baseball, and accept the Commissioner’s ruling.”

The Red Sox defeated the Los Angeles Dodgers in the 2018 World Series.

Cora is suspended for the 2020 season due to his part in the Houston Astros’ sign-stealing scandal. He was Houston’s bench coach in 2017 when a system was used that included banging on trash can lids to tip off hitters to what pitches were coming.

Manfred said that Watkins will be prohibited from serving as the replay room operator in 2021 in addition to his 2020 suspension.

“No other member of the 2018 Red Sox staff will be disciplined because I do not find that anyone was aware of or should have been aware of Watkins’s conduct,” Manfred’s ruling stated. “The Club’s front office took more than reasonable steps to ensure that its employees, including Watkins, adhered to the rules.

“Notwithstanding these good faith efforts to comply with the rules, however, the Red Sox organization ultimately is responsible for the conduct of a member of its advance scouting staff.”

In January, the Astros were fined $5 million and were stripped of four draft picks — two first-rounders and two second-rounders — after an investigation showed the team used technology to steal opponent’s signs. Manager A.J. Hinch and general manager Jeff Luhnow were suspended for a year and subsequently fired.

The Red Sox also parted ways with Cora in the wake of the Houston situation.

The Astros defeated the Dodgers in the 2017 World Series.

“I find that unlike the Houston Astros’ 2017 conduct, in which players communicated to the batter from the dugout area in real time the precise type of pitch about to be thrown, Watkins’s conduct, by its very nature, was far more
limited in scope and impact,” Manfred’s ruling stated.

“The information was only relevant when the Red Sox had a runner on second base (which was 19.7% of plate appearances leaguewide in 2018), and Watkins communicated sign sequences in a manner that indicated that he had decoded them from the in-game feed in only a small percentage of those occurrences.”