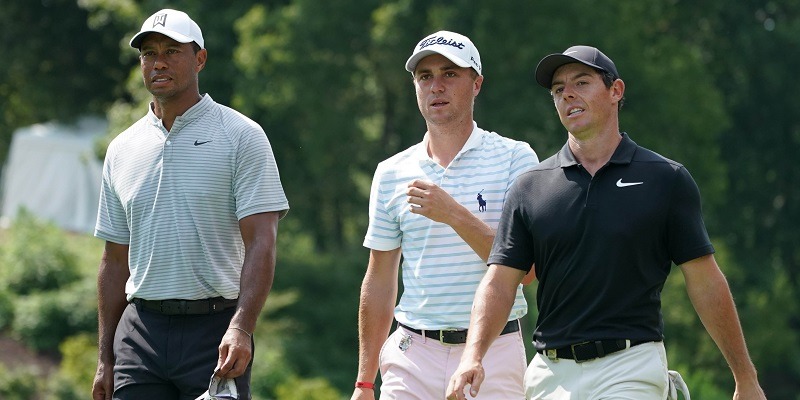 Tiger Woods and Rory McIlroy will play alongside the world’s top-ranked player, Justin Thomas, in a star-studded grouping for the first two rounds of the PGA Championship at TPC Harding Park in San Francisco this week.

Woods, 44, will be playing in only his second event of the revised PGA Tour schedule after tying for 40th place at the Memorial Tournament in Dublin, Ohio in mid-July. He is currently ranked 15th in the world and has won the PGA Championship four times, going back-to-back in 1999 and 2000 and again in 2006 and 2007.

“I feel good,” Woods told reporters Tuesday. “Obviously I haven’t played much competitively, but I’ve been playing a lot at home, so I’ve been getting plenty of reps that way. … This is what I’ve been gearing up for. We’ve got a lot of big events starting from here.”

McIlroy, a 31-year-old from Northern Ireland, has won the event twice, in 2012 and 2014. He’s currently ranked third in the world after spending 11 weeks ranked No. 1 earlier this year.

Thomas, 27, the 2017 PGA Championship winner, reclaimed the top ranking this week after winning the WGC – FedEx St. Jude Invitational over the weekend. He also finished second at the Workday Charity Open in Dublin last month.

Another group of top contenders in Bryson DeChambeau, Rickie Fowler and Adam Scott of Australia will start on the first tee at 4:47 p.m. on Thursday, followed by Phil Mickelson and Spaniards Jon Rahm and Sergio Garcia in the next grouping.

“This is going to be a fun test for all of us,” Woods said. “The rough is up. The fairways are much more narrow here than they were (at the Presidents Cup in 2009).”

There will be no fans present at the event, which includes 96 of the world’s top 100 players.

Koepka is aiming to be the first player to win the same major three consecutive times since Peter Thomson at The Open Championship from 1954-56.