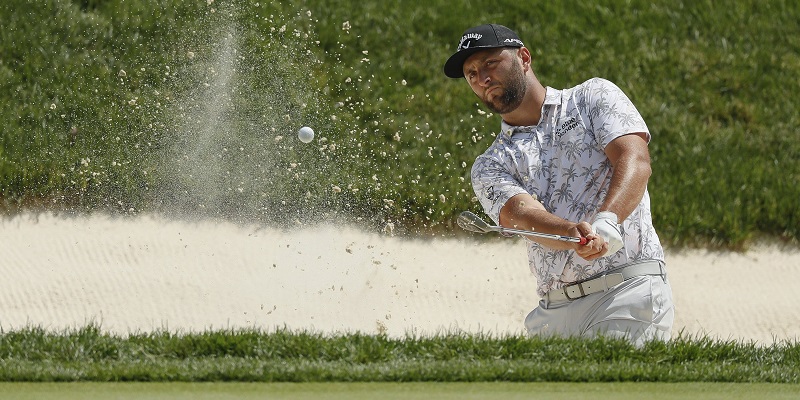 The 2021 U.S. Open will be played at Torrey Pines’ South Course for the second time. The 156-player field will tee it up in San Diego beginning Thursday.

The last time Torrey Pines hosted the U.S. Open, Tiger Woods won in a 19-hole Monday playoff over Rocco Mediate in 2008. One of the most famous finishes in major tournament history, Woods later revealed he had played the tournament with a broken leg and torn ACL.

Woods would not win another major until the 2019 Masters.

Patrick Cantlay (+2200) won his last start at the Memorial after Rahm’s WD and is seeking his first career major title.

Patrick Reed (+2500) won the Farmers Insurance Open earlier this year and is attempting to join Ben Hogan, Jack Nicklaus and Tiger Woods as the only players to win a PGA Tour event and the U.S. Open on the same course in the same year. He also finished T6 in the 2020 Farmers.

Viktor Hovland (+2500) is one of several rising stars seeking their first career major titles. He finished T2 at this years Farmers to kick off a streak of four consecutive top-six finishes. He also had consecutive T3s at the Valspar Championship and Wells Fargo Championship.

Collin Morikawa (+2800) already has a PGA Championship under his belt. He finished T18 at the Masters and T8 at the PGA Championship this year and is coming off a solo second at the Memorial, where he lost in a playoff to Cantlay. The world’s fourth-ranked player is the fifth-most popular bet at DraftKings, where he is being backed by five percent of the winner handle and four percent of the total bets.

Phil Mickelson (+600) is a San Diego native and three-time winner of the Farmers Insurance Open at Torrey Pines. Mickelson, who turns 51 on Wednesday, became the oldest major winner in history at last month’s PGA Championship. A six-time U.S. Open runner-up, Mickelson is attempting to become the sixth player to complete the career Grand Slam. He is the biggest liability at multiple sportsbooks, with BetRivers reporting he has been backed by more of the winner handle (10.1 percent) and total bets (6.1 percent) than any other golfer in the field and is a liability “well into the six-figure range).”