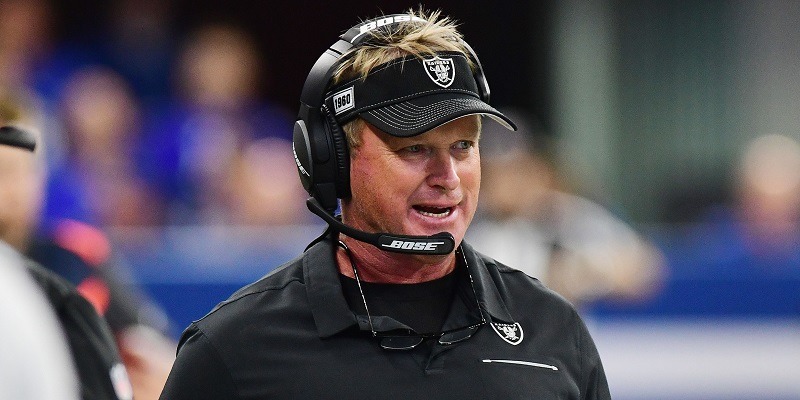 Even before the signing of Eli Apple fell through, the Raiders needed help at cornerback. Florida’s CJ Henderson would be a great option at No. 12 or No. 19.

Wide receiver
They added depth in Nelson Agholor, but a game-breaking wideout is needed. The Raiders likely will take a receiver early. Alabama’s Jerry Jeudy and Henry Ruggs or Oklahoma’s CeeDee Lamb are in play.

Nickelback
The Raiders have enough depth at safety after adding Jeff Heath and Damarious Randall, but where does that leave Lamarcus Joyner? He struggled at nickelback in 2019 and is best at free safety.

Interior offensive line
Rodney Hudson signed a recent extension, but he’ll be 31 in July. More pressing, left guard Richie Incognito will be 37 and right guard Gabe Jackson’s name has surfaced in trade rumors. At the least, adding depth would be smart.

Edge rusher
Maxx Crosby impressed as a rookie, but fourth overall pick Clelin Ferrell was a major disappointment. Neither Crosby nor Ferrell is an edge-bending speed rusher, something the Raiders could use. A situational rusher such as Michigan’s Josh Uche in Round 3 would bump Ferrell inside on passing downs.

Until the last two years, the Raiders were an absolute mess.

Their best pick — Amari Cooper (first round, 2015) — cooled off in his third year and was traded in his fourth. The 2016 class was mostly a bust, with Karl Joseph benched periodically and all of the players now gone. The 2017 class is mostly gone, too, though Gareon Conley at least netted a third-round pick in a trade.

The jury is still out on 2018, but Kolton Miller made major strides in Year 2, and Maurice Hurst should be a useful piece. But the 2019 class — Mike Mayock’s first — provided a much-needed antidote, with six major first-year contributors plus a major talent in Johnathan Abram who will return from injury in 2020.

Best pick: DE Maxx Crosby, R4 2019: He must sustain it, but Crosby is already cashing in on his athletic upside, adding a power element he rarely showed in college.