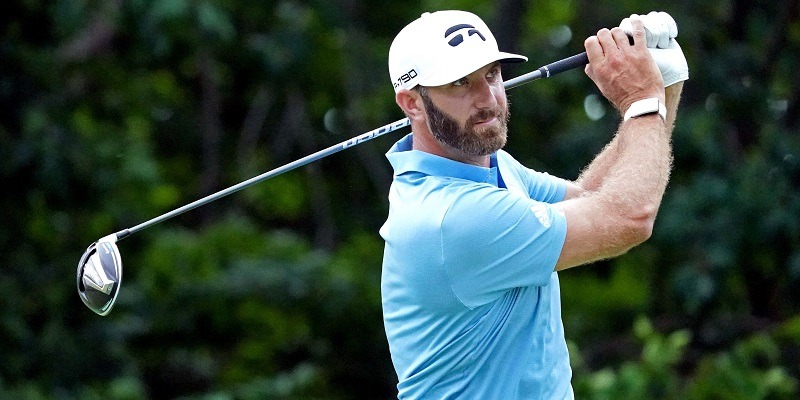 Dustin Johnson vaulted three spots to No. 3 in the official world golf rankings on Monday, a week after falling out of the top five for the first time since 2016.

Johnson held on to win the Travelers Championship by one shot on Sunday, giving him at least one victory in each of his first 13 seasons on the PGA Tour.

“Winning 13 years straight on the tour is a pretty big accomplishment,” Johnson said Sunday night. “Anytime you’re mentioned with those guys, with Tiger (Woods), Jack (Nicklaus), I think Arnie (Arnold Palmer), you’ve got to feel good about that because they’re the best that’s ever played this game.

“Anytime your name is mentioned in the same sentence with them, I’m very happy.”

According to the PGA, Nicklaus and Palmer hold the record for most consecutive seasons with at least one win on tour with 17, followed by Billy Casper (16), Lee Trevino and Woods (14) and Johnson.

Kevin Streelman fell just short in his attempt to force a playoff with Johnson but did climb 44 spots to No. 51 following his runner-up finish at the TPC River Highlands in Cromwell, Conn.

Rory McIlroy remained No. 1 with his T11, while Jon Rahm was unable to capitalize on a potential opportunity to ascend to the top spot for the first time. He needed a victory at the Travelers, but finished T37 with a disappointing 71 on Sunday.

Johnson pushed Justin Thomas, Brooks Koepka and Webb Simpson each down a spot. Patrick Reed is followed by Adam Scott, Patrick Cantlay and Bryson DeChambeau. DeChambeau entered the Top 10 with his T6 at the Travelers, his sixth consecutive top-10 dating back to February.

The biggest mover of the week was Will Gordon. Playing on a sponsors exemption, Gordon earned special temporary Tour status with his T3, and also leaped 371 spots to No. 190. After missing the cut at the Sony Open in Hawaii in January, Gordon finished T21 at the Farmers Insurance Open and T20 at the Puerto Rico Open before the coronavirus pandemic shut the Tour down for 91 days.

Mackenzie Hughes tied with Gordon and moved to No. 98 from 158.

Tiger Woods, who has not competed in a Tour event since February, remained No. 14.