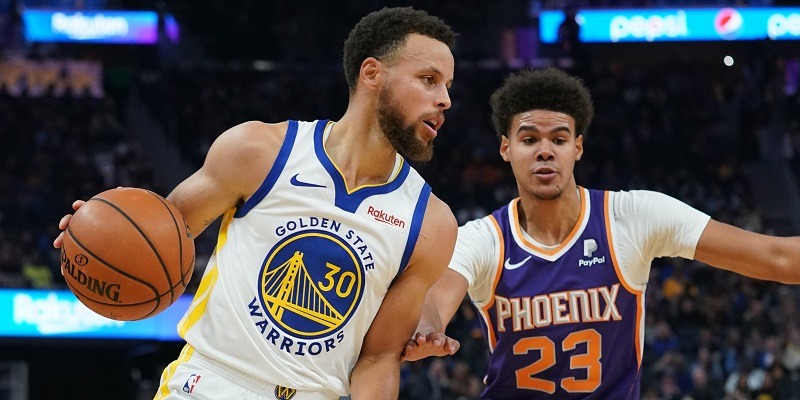 The NBA’s eight forgotten teams will briefly move into the spotlight Thursday, when the NBA holds its draft lottery.

While 22 NBA teams played at least eight games as part of the league’s restart at the ESPN Wide World of Sports complex near Orlando, eight franchises have been idle since the league shut down in mid-March due to the coronavirus pandemic.

Some familiar cellar-dwellers — the Cleveland Cavaliers, Minnesota Timberwolves, Atlanta Hawks and Detroit Pistons — all have a greater than 10 percent chance to land the No. 1 overall pick.

Yet this is a unique opportunity for the Golden State Warriors. Typically a Western Conference frontrunner, this season was much different for the Warriors.

Golden State is tied with the Cavaliers and Timberwolves for the best chance to select first (14 percent) or in the top four (52.1 percent).

The Warriors bottomed out this season, a spiral brought on by serious injuries to stars Steph Curry and Klay Thompson.

But the Warriors are expected to return to contending status in 2020-21. A prime draft pick could be used on a prospect to groom alongside a stacked roster, or as a trade chip to add more established talent for the win-now franchise.

The lottery odds were based on the pre-shutdown standings.

Seeding play only affected Memphis, which fell into the lottery after losing Saturday’s play-in game against Portland, and the Trail Blazers, who are now locked into the 16th pick after ascending into the postseason.

No. 1 pick in the eye of the beholder

Unlike the dynamic 2019 combination of Zion Williamson and Ja Morant, there are no clear-cut top prospects in this year’s draft. This group also does not appear to have the depth of a 2018 class that included 2020 All-Stars Luka Doncic and Trae Young, along with promising talents Deandre Ayton, Jaren Jackson Jr., Shai Gilgeous-Alexander, Michael Porter Jr. and Mikal Bridges.

Prospect evaluation has been different for front offices during this cycle, with no NCAA Tournament games to scout, no combine and no in-person workouts due to do COVID-19 precautions.

Here is a breakdown of some of the top available prospects, per various draft evaluators:

Last year, the Knicks, Cavaliers and Suns shared the best odds to land Williamson, whose blend of physical stature, athleticism and marketing potential made him a generational prospect.

Instead, New Orleans (which had a 6 percent chance to pick first) shot up to the top. Memphis, which had a 6.3 chance to land at No. 2, drafted Morant, the frontrunner for Rookie of the Year and a likely franchise cornerstone.

The Lakers, who had a 2.8 percent chance to get the fourth selection, rose to that spot — then included that pick in the package to trade for superstar Anthony Davis.