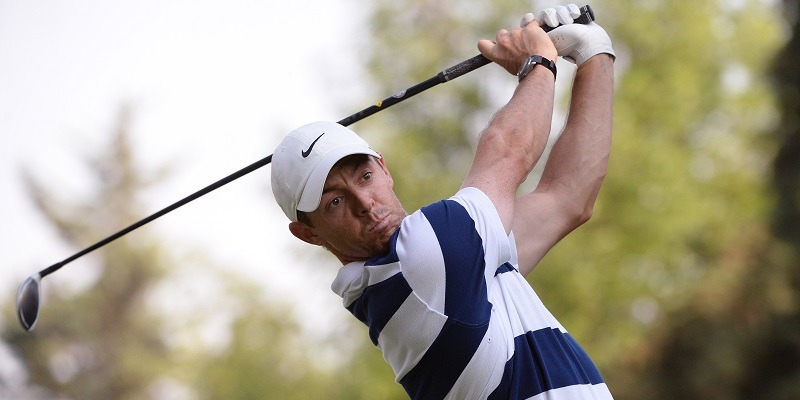 The deepest field of 2020 is set to take on TPC Sawgrass beginning Thursday, with 47 of the top 50 players in the world teeing it up at The Players Championship.

It makes for a very deep pool of likely contenders for bettors to sift through:

McIlroy has joined Tiger Woods as the only players since 200 to post at least seven consecutive top-five finishes (Woods had 14). The top-ranked player in the world also lead the PGA Tour this season in scoring average (68.437), par-5 scoring average (4.40), scrambling (70.40 percent) and top 10s (six).

McIlroy is the defending champion and no one is playing better all-around golf than the Northern Irishman. On the flip side, this is the deepest field of the year to date, McIlroy hasn’t been able to close on a Sunday yet in 2020 and no one has successfully defended as the Players champion.

The fiery Spaniard held the 54-hole lead last year before closing with a 76. He has four top-10s in five starts this season.

Outside of McIlroy, no one has been as consistent a threat over the past years. Starting with the U.S. Open last June, Rahm has three wins, four runner-ups and three third-place finishes in 18 worldwide events.

The downside? A T63 and T12 the past two years at TPC Sawgrass, and Rahm skipped the first two events of the Florida swing on Bermuda grass.

Thomas has three wins since August but has only one top-10 in five previous event starts. And his results have been all over the map. He has a trio of wins and five other top-10s dating back to August, but Thomas has also missed two of his past four cuts.

DeChambeau bulked up over the offseason in an effort to gain more strength and power, and its hard to argue with the early returns. He has a T5, a runner-up and a solo fourth in his past three starts. However, he also hasn’t finished inside the Top 20 in his past two Players starts.

We haven’t seen Cantlay since The Genesis Invitational last month, as he took three weeks off following a procedure to repair a deviated septum. The long layoff combined with missing the cut here last year are both causes for concern.

Cantlay also has a pair of second-place finishes over his past nine starts on Tour, only finishing outside of the top 20 twice.

The Japanese superstar hasn’t won since 2017. He has a slew of high finishes during that time, including six top-10s since August, but has struggled to close the deal.

It’s hard to pinpoint why Matsuyama hasn’t hoisted a trophy in so long, and difficult to envision that breakthrough coming against such a strong field and on such a water-laden course that tests every inch of nerve.

It’s easy to overlook the soft-spoken Southern Californian, but he always seems to be hovering near contention on Sunday. After three runner-ups in a six-event stretch, Schauffele hasn’t posted a top-10 since the Tournament of Champions. Then again, he hasn’t finished worse than 24th, either.

Schauffele tied for second here in 2018 before missing the cut last year.

Fleetwood is still searching for that elusive first Tour victory after letting a potential one slip through his grasp at The Honda Classic two weeks ago. He then saw a streak of cuts made dating back to July of 2018 fall by the wayside at Bay Hill.

That hiccup aside, Fleetwood has six consecutive top-20s leading into Arnie’s event and tied for fifth at the Players last year. He’s one of the world’s elite ball-strikers, always a bonus around TPC Sawgrass.

Little about Johnson’s current game would indicate he’s ready to be a factor come Sunday. He posted a T32, T10 and T48 over three events before taking off the past two weeks.

Johnson’s length can never be overlooked, especially if he can get his putter going. He became the first player since Steve Elkington in 1997 to post four rounds in the 60s at the Players in also tying for fifth.

Simpson enters the week ranked No. 7. He has only teed it up three times in 2020, finishing third at the Sony Open, winning the Phoenix Open and tying for 61st in Mexico.

At 21 years, 344 days, Im is the third-youngest player to lead the FedEx Cup standings. The reigning Rookie of the Year finally broke through for his maiden Tour victory two weeks ago, and many believe that was the gateway to a slew of wins. Im backed it up with a solo third last week – his fourth this season.

Reed arrived in Ponte Vedra Beach still battling the media about his embattled reputation following last year’s rules violation. The controversy won’t seem to die, and Reed is doing his part to regularly fan the flames.

But he also seems to thrive amid controversy. The one-time “Captain America” won in Mexico three weeks ago and tied for 15th last week.

Last week’s missed cut in blustery conditions was an anomaly of late. Scott enters ranked No. 9, with a pair of wins and a T28 in his previous three events. He also posted a T11 at the WGC – HSBC Champions, so Scott’s excellent form dates back to the fall.

Koepka hasn’t finished better than T43 in his past three starts. He also notoriously rises to the occasion in big events. Does that include the Players? He finished T11 and T56 the past two years.

Less than a year into his PGA Tour career, Morikawa has already risen to No. 44 in the world. That’s what happens when you’ve yet to miss a cut in 22 career starts while posting a win and seven top-10s overall.