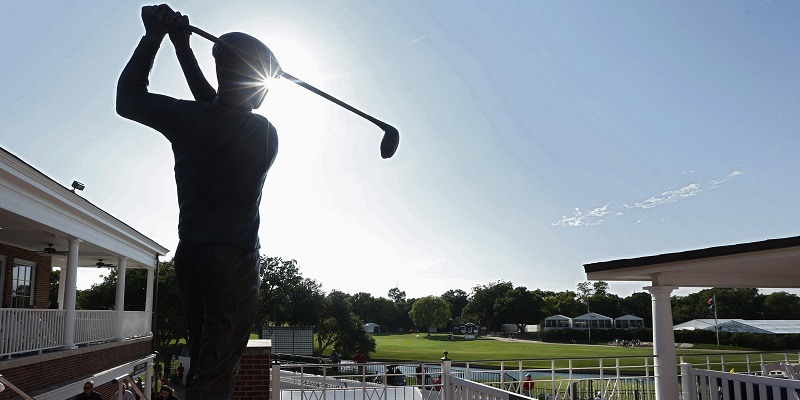 The PGA Tour released a revised schedule Thursday with the first four events played without spectators, starting with the June 11-14 Charles Schwab Challenge in Fort Worth, Texas.

“The health and safety of all associated with the PGA TOUR and our global community continues to be our No. 1 priority, and our hope is to play a role — responsibly — in the world’s return to enjoying the things we love,” PGA Tour commissioner Jay Monahan said in a release.

“Today’s announcement is another positive step for our fans and players as we look toward the future, but as we’ve stressed on several occasions, we will resume competition only when — working closely with our tournaments, partners and communities — it is considered safe to do so under the guidance of the leading public health authorities.”

The PGA Tour had previously targeted the Charles Schwab Challenge’s original dates of May 21-24 as the restart date. The sport has been suspended since The Players Championship was canceled on March 12 due to the coronavirus pandemic.

In addition to the Charles Schwab Challenge at Colonial Country Club, the tournaments currently slated to be held without fans are the RBC Heritage (June 18-21) in Hilton Head, S.C.; the Travelers Championship (June 25-28) in Cromwell, Conn.; and the Rocket Mortgage Classic (July 2-5) in Detroit.

Among the notable changes were the cancellation of the RBC Canadian Open and the rescheduling of the Memorial Tournament to July 16-19, formerly the dates of The Open Championship.

“The RBC Canadian Open has always been a rallying point for Canadian golf and while we share in the crushing disappointment with our fans, players, volunteers and many event partners, our primary responsibility is the safety of our people and our communities,” said Golf Canada CEO Laurence Applebaum. “It is now our full intention to push forward together with RBC, the PGA TOUR, the City of Toronto and our host clubs with the goal to bring the 2021 RBC Canadian Open to St. George’s Golf and Country Club with Islington Golf Club as the official practice facility.”

The only major championship among the 14 remaining events on the 2019-20 calendar is the PGA Championship from Aug. 6-9 at TPC Harding Park in San Francisco.

Under the current plan, the FedEx Cup playoffs for the 2019-20 season will conclude with the Sept. 4-7 Tour Championship in Atlanta. The revised season schedule currently includes 36 events, with 22 having been completed.

The Tour also announced A Military Tribute at The Greenbrier has been removed from the schedule after 10 years.

“We are very grateful to Governor Jim Justice and his Greenbrier Resort for a highly successful 10 years of partnership with the PGA Tour,” said Chiefs Tournaments and Competitions officer Andy Pazder. “Governor Justice’s vision and leadership helped shine a light on the men and women that serve our country through the military and first responder programs he implemented through the tournament, and The Greenbrier Resort was an incredibly unique and world-class venue that our players will always remember and cherish.”

“This portion of our 2020-21 schedule is possible only because of the many partners who have worked tirelessly to grow their events and impact the lives of those in need in their respective communities, and our players, who have embraced the expanded fall schedule in recent years,” said Pazder.

“We’d like to express our appreciation to the leadership of the Safeway Open, Houston Open and Mayakoba Golf Classic – which will conclude our calendar year schedule in Riviera Maya, Mexico – for their flexibility, which allowed for the U.S. Open and Masters Tournament to be played in the fall. The accommodations will help the global golf community maximize the 2020 calendar, which will be incredibly impactful for our fans and put us in a strong position heading into 2021.”

The Korn Ferry Tour announced its plan to return to competition the week of June 8-14 with a new tournament at TPC Sawgrass in Ponte Vedra Beach, Fla., the site of The Players Championship that was canceled after the first round last month due to the coronavirus pandemic. The $600,000 event will be played without fans in attendance.